Just six weeks out from the Tokyo Olympics, a glut of top track and field athletes rewarded the crowd in the Italian city with some stunning performances.

Versatile Dutch runner Sifan Hassan came within half a second of a stunning world record in the women's 1500m, just five days after setting a short-lived 10,000m world record, and Briton Dina Asher-Smith stormed to an impressive victory in the 200m.

Cheptegei, however, had, pre-race, singled out European 1500 and 5,000m champion Ingebrigtsen as the "man of the moment", and he proved to be right.

The Ugandan fell off the pace with just over a lap to go, Canada's Mohammed Ahmed and Ethiopian Hagos Gebrhiwet taking up the lead.

But they had not counted on the 20-year-old Ingebrigtsen, who stormed through the field for victory in an European record of 12min 48.45sec. Remarkably it was his first sub-13min time over the distance.

Ethiopian-born Hassan did not suffer the same gripes as Cheptegei.

With three world records already to her name Hassan saw Ethiopian Letesenbet Gidey set a new world best in the 10,000m in Hengelo on Tuesday just two days after she herself had knocked off more than 10 seconds off the record, the world 1500m champion ran a world lead of 3:53.63sec.

Rounding the corner to the final straight, Hassan was level with Olympic champion Faith Kipyegon, but in a sprint finish just edged the Kenyan, the latter bagging second with a national and personal best, at 0.28sec, with European champion Laura Muir of Britain rounding out the podium (3:55.59).

"I did not prepare for speed, I trained more for the 10km," said Hassan. "I thought that Faith was going to win.

"At 800m we were so fast, but I tried to do my best. I am surprised about the time... it was not my plan to run so fast, I had hoped to run under four minutes."

World 200m champion Asher-Smith had complained of some rustiness after a coronavirus-affected year, but the 25-year-old Briton showed no such signs as she race to victory in 22.06sec, bettering the meet record set by Marion Jones back in 1999.

Asher-Smith, who won the world 200m title in Doha in 2019 and silver in the 100m and who qualified for the 100m at the July 23-August 8 Tokyo Games after running 10.92sec in Hengelo on the weekend, dominated the field.

It was her second Diamond League victory of the season after she stormed to 100m glory at the opening meet in a rainswept Gateshead ahead of US sprint star Sha'Carri Richardson.

"It was really important to do a good race here," said Asher-Smith, with Ivory Coast's Marie-Josee Ta Lou in second in a season's best of 22.58sec.

"It's been really hard over the past year and a bit because of the pandemic - so I'm really proud to be able to put that kind of time, and I definitely have more in me." 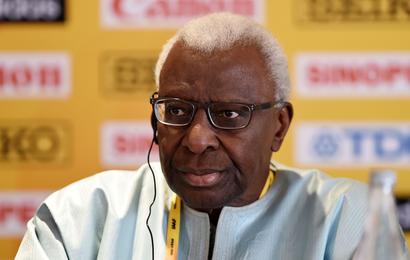 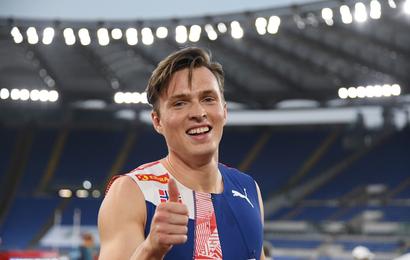 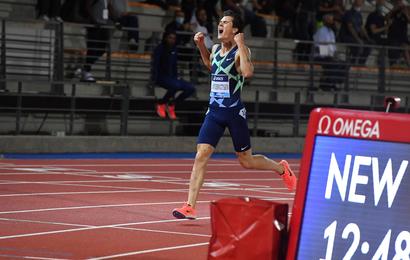 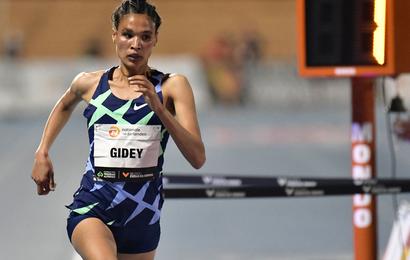