Group C will see Algeria, Senegal, Kenya and Tanzania battle it out for supremacy. You can watch every game from the 2019 AFCON in Egypt via beIN CONNECT.

Former international midfielder Djamel Belmadi replaced Rabah Madjer in the summer of 2018 with the task of qualification to the final tournament. Belmadi, who had previously managed the Qatar national team didn’t disappoint, winning two from three qualification games to ensure that Algeria topped Group D ahead of Benin. Belmadi enjoyed a successful stint in Qatar winning the league on several occasions with Al Duhail, that experience will be crucial if Algeria are to go all the way and win the cup of nations for the first time in 29 years.

Bagdad Boundjah is arguably the most prolific striker in the world game. The Al Sadd striker scored an incredible 39 goals in 22 league games in the QSL. The all-action attacker certainly knows how to find the back of the net, and is likely to lead the line for the Fennecs, providing Boundjah can bring his club form to the national side Algeria should progress out of Group C which includes Senegal, Kenya and Tanzania.

French Boss Migné is no stranger to African football and has been an assistant manager at Togo, DR Congo & Congo teams. The 46 year old coached joined the Kenyan set up in May 2018 and helped guide the Harambee stars to their first ever tournament since 2004. Now Migne will be charged with getting his side out of a difficult group C which includes Algeria, Senegal and local rivals Tanzania.

Tottenham star Victor Wanyama will captain Kenya in Egypt and much will be expected of the all-action midfielder. Despite being limited to the number of games he played this season, Wanyama’s muscular presence will be important in a side that lacks many star players. The 27-year-old has plenty of experience, and that will be needed if Kenya is to cause up upset in the tournament. 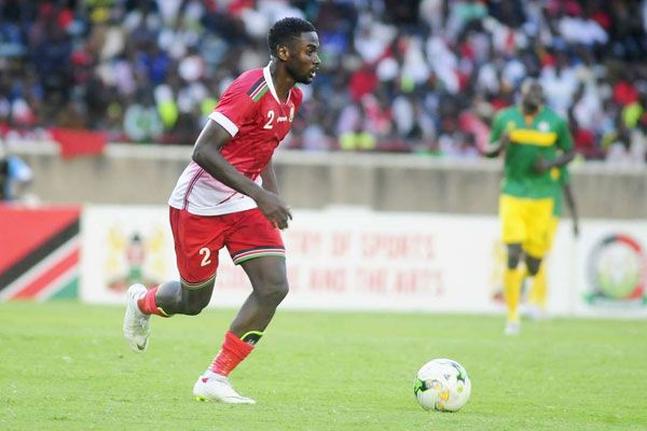 Former international Aliou Cissé has been in charge of Senegal since 2015 and has overseen an upturn in the fortunes of the West African giants. Cissé enjoyed an extensive career in Europe playing for the likes of PSG, Birmingham City & Portsmouth and is well versed in dealing with his squad of stars. Senegal came so close to reaching the round of sixteen at the 2018 World Cup, Cissé will be hoping to motivate his group of talented players to win a first-ever Cup of Nations.

Liverpool attacker Sadio Mané has an outstanding season with the Reds sharing the golden boot with 22 goals in the league. Much of the pressure will be on the 27-year old winger to lead The Lions of Teranga to the latter stages of the tournament.  Mané is likely to be deployed in an attacking front three,  and depending on how he recovers from his Champions League winning exploits with Liverpool, he could have a huge say in Senegal’s Cup of Nations Campaign.

Nigerian coach Emmanuel Amunike  will be hoping to inspire Tanzania in only their second ever AFCON. The former international striker enjoyed a successful playing career taking in the likes of Zamalek, Sporting and La Liga giants Barcelona. As a coach, Amunike guided his native Nigeria to glory in the U17 World Cup in 2015 and will be looking to repeat that success with the Taifia Stars.

Tanzania captain Mbwana Samatta will be the man to watch in Egypt. The 26-year old striker won the league with Belgian side Genk, scoring 23 goals in 38 appearances. Samatta is the first ever Tanzanian to play European football, and his big game experience will be vital if the Tafia Stars are to reach the knock out stages for the first time in their history.