Saudi giants al Hilal survived a huge scare from Qatar's Al Sadd before advancing to the AFC Champions League final on aggregate on Tuesday, despite crashing to a shock 4-2 defeat in their second-leg encounter.

Having won their semi-final first leg in Doha 4-1 earlier this month, Al Hilal were seemingly comfortable in the knowledge Al Sadd would be required to come up with a special effort to overturn the massive deficit in front of their home fans in Riyadh.

But although Xavi's Al Sadd scored three goals inside four minutes during a frenetic phase of the game in the first half, they fell short to lose 6-5, much to the relief of the packed crowd at the King Saud University Stadium.

The match even ended on a dramatic note with Al Sadd earning a free kick just outside the penalty area with a few seconds to go in stoppage time.

But Nam Tae-hee's cracking effort was stopped by Al Hilal goalkeeper Abdulla al-Maiouf as Razvan Lucescu's men advanced to their third continental final inside six years, having finished runners up in 2014 and 2017.

It was Al Hilal, however, who struck first in a fast-paced first half with Salem al-Dawsari scoring from close in the 13th minute to give his side a 5-1 advantage.

The tables were to be turned shortly afterwards though as Akram Afif equalised from the penalty spot in the 17th minute after he was brought down.

Two minutes later Nam produced a fine burst of speed from the centre of the field and advanced into the penalty area before passing the ball to Afif.

The star Qatar forward relayed the ball back to Hassan al-Haydos, who in turn set up Nam with a deft flick and the Korean blasted home from close.

Al Sadd were 3-1 up in the very next minute with al-Haydos the scorer this time after Yasser al-Shahrani in the Al Hilal defence failed to tackle a long ball leaving the goalkeeper exposed with pressure from Nam and his compatriot Jang Hyun-soo
The stunned crowd however heaved a collective sigh of relief in the 25th minute when the prolific Batefimbi Gomis latched on to a diagonal pass from Sebastian Giovinco and netted with a half-volley as Al Hilal stretched their aggregate to 6-4.

The second half lacked the urgency of the first period, but Boualem Khoukhi had the Saudis rattled by heading in an Abdulaziz Ansari pass with the match three minutes into stoppage time.

And when Nam's late free-kick was saved by Al Hilal goalkeeper al-Maiouf, Al Hilal's spot in the final was confirmed.

They face the winners of the semi-final between Guangzhou Evergrande and Urawa Red Diamonds, with the first leg of the final taking place in Riyadh on November 9. 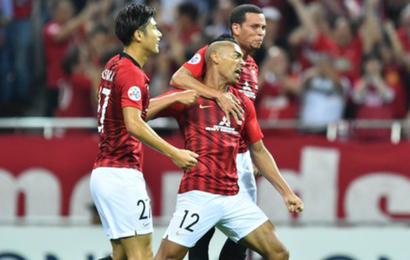 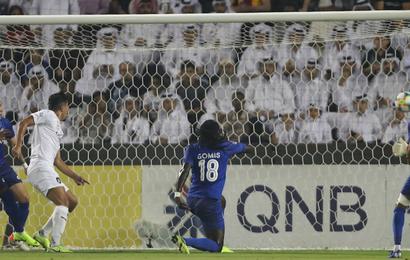 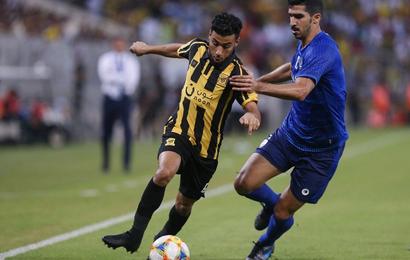