Ahead of the 2019 Asian Cup in the UAE we have decided to break down the teams in each group to see who could come away with the famous trophy on the 1st of February. You can subscribe now to our 2019 AFC Asian Cup UAE package now. Group C will see South Korea take on China and AFC Asian Cup debutants Kyrgyzstan & The Philippines.

World Cup-winning coach Marcello Lippi will partake in his final tournament as an international coach in the UAE and will be hoping to guide China deep into the knockout rounds. Team Dragon disappointed in qualification for the 2018 FIFA World Cup, with Lippi brought in to steady the ship. The focus will now shift on the 70-year old Italian tactician to get the best out of his squad, many of whom are sourced from former club Guangzhou Evergrande. China has designs on making a big splash in the world of football, and anything less than a place in the quarter-finals would be considered as a disappointment for the Asian giants.

Fresh from winning the league with Shanghai SIPIG, Wu Lei is the man to watch for China. The attacker has scored plenty of goals domestically but has failed to transfer that form to the international stage. Now at 27, Lei is at the prime age to star for the national team and will have to be on form if China is to reach the latter stages of the Asian Cup.

After parting ways with Shin Tae-Young after the 2018 FIFA World Cup, South Korea turned to former Portugal coach Paulo Bento to take the reigns of the Taegeuk Warriors. Early signs have been positive under Bento, with the squad taking to his style of play. Having reached the 2015 Asian Cup final, South Korea will be aiming to go one step further in the UAE, and lift the Asian Cup for the first time since 1960.

Arguably the best Asian footballer in the World, Son Heung-min has been sensational with Tottenham in the Premier League. Son has already tasted success internationally with South Korea, playing an instrumental role in their 2018 Asian games triumph. For now, it is unsure how many group games the 26-year-old attacker will play, however Son will be available for the knockout rounds and will be crucial if South Korea are to win the Asian Cup. 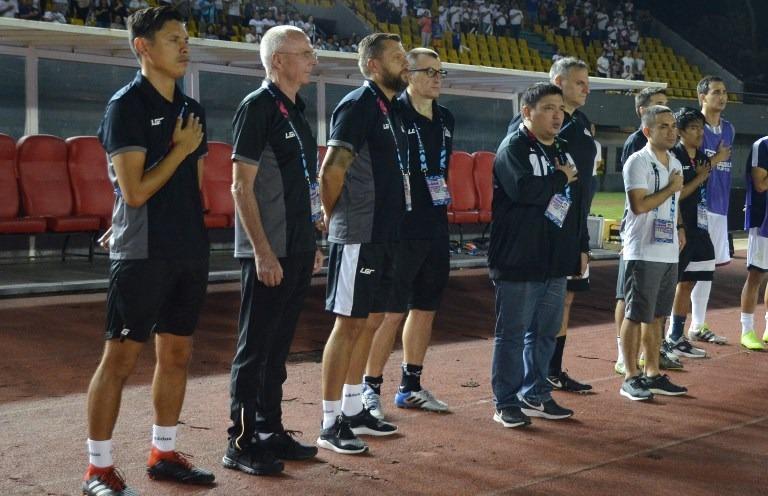 Russian coach Aleksandr Krestinin has been a charge of the Kyrgyzstan national side since October 2014 and has overseen an upturn in fortunes for the Central Asian nation. After initially starting his career with Kyrgyz side Neftchi Kochkor-Ata he attracted the attention of the national team and has not looked back since. In June 2017, Krestinin was appointed the manager of FC Dordoi Bishkek and led them to the Kyrgyz league title. The pressure will be on Krestinin to deliver, in what will be Kyrgyzstan’s first ever appearance at the AFC Asian Cup.

Anton Zemlianukhin is the all-time leading goalscorer for Kyrgyzstan with just 12 goals for his country. However, six of those goals came in qualification for the 2019 Asian Cup with the 29-year old having hand in winning the final three qualification games to progress to their first major tournament. Zemlianukhin has played club football in Kazakhstan, Thailand, Serbia and Turkey and could yet seal yet another foreign move should he impress at the Asian Cup.

The South East Asian nation turned to experienced Swedish coach Sven-Göran Eriksson who has signed a sixth-month deal to guide the Philippines through the AFF Suzuki Cup & AFC Asian Cup.  The former England boss is no stranger to international tournaments having guided the likes of the Three Lions & The Ivory Coast to the World Cup. Whilst at club level, Eriksson has managed some of the biggest sides in China including Guangzhou R&F & Shanghai SIPG.

Veteran striker Phil Younghusband is the most capped player in the side and is the leading goal scorer for the Philippines. The English born attacker scored five goals in qualification and will be relishing the chance to lead his country out at their maiden AFC Asian Cup, and will be cheered on by a large expat community in the UAE.