Captain Henderson has not played since a hamstring injury meant he was substituted late in the first leg of the last-16 tie between the two teams on February 18, missing four subsequent matches.

The holders are 1-0 down in the tie going into the second leg at Anfield and Andy Robertson is also in contention after sitting out the match against Bournemouth last weekend.

Goalkeeper Alisson had already been ruled out due to a hip injury and is also likely to be absent for Monday's trip to Merseyside rivals Everton in the Premier League.

"Hendo is ready," Klopp said of his skipper, who returned to training at Melwood on Sunday.

Robertson was at Tuesday's news conference alongside Klopp and knew there was little margin for error against Diego Simeone's side.

"It's a knockout competition and if you are not at your best on the night then you go out," said the Scotland captain.

"We are thinking about the positives, giving 100 per cent. If we play the Liverpool way then we will walk off knowing we have given our all.

"Hopefully it can be another special Anfield night. When we get chances we need to take them because we are 1-0 down. We need a complete Liverpool performance.

"My ankle has felt good since the winter break. Obviously that week off helped.

"On Friday I felt my hamstring. Obviously I thought I was fine but I missed out [against Bournemouth] as a precaution and then James Milner got man of the match!" 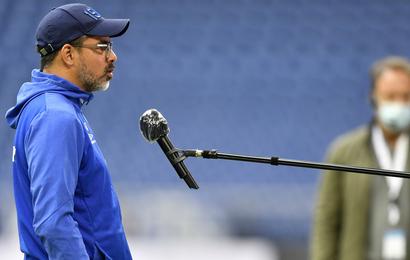