The 21-year-old has been repeatedly linked with Real Madrid, while Premier League champion Liverpool has also been touted as having an interest in his future.

Mbappe is contracted to PSG until the end of the 2021-2022 season, and if he holds off signing a new contract then the prospects of him leaving before then may increase.

He could join fellow World Cup winner Zinedine Zidane at the Santiago Bernabeu, and Rami is convinced Mbappe is planning for a future away from the Parc des Princes.

Speaking on RMC show Top of the Foot, Rami said the lack of news about a new deal for Mbappe at PSG makes his exit an inevitability.

"I think it's done, especially since it's not moving forward in the discussions," Rami said.

"You have the impression that it annoys him to talk about it, he does not talk about it with the club, his entourage.

"And from the moment where it annoys him, it means he does not want to hear it. It is awkward for him.

"His future is all mapped out and it's sad for the Parisians, even for Ligue 1. I love this player."

Rami, who was a member of France's 2018 World Cup winning squad alongside Mbappe, is now playing in Portugal with Boavista.

Mbappe has shown startling form in the early years of his career, following up his 33 Ligue 1 goals in 2018-2019 with 18 from 20 games in the truncated subsequent campaign.

This season he has begun with six goals and three assists in four starts and an appearance off the bench for PSG in their domestic campaign.

Next Pioli keen to strengthen Milan squad in January
Read 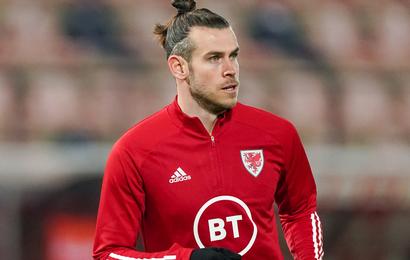