The tournament had revised dates of 12 to 20 September, having been originally due to take place from 1 to 10 May.

It emerged last week that local health authorities had advised Madrid Open organisers to cancel the event next month because of the "complex situation that COVID-19 continues to generate".

A spike in coronavirus cases has since prompted new measures to control the spread of the virus to be introduced, including a directive that social gatherings are to be reduced to 10 people, both in public and private meetings.

Organisers on Wednesday (AEST) confirmed the tournament at the Caja Magica, due to start a fortnight before the French Open, has been cancelled and the 2021 edition will be held from 30 April to 9 May.

Madrid Open director Feliciano Lopez said: "We have given our all to stage the tournament.

"After the first cancellation in May, we got to work on the September date with the hope of being able to enjoy first-class tennis in the Caja Magica during this year which has been so hard for everyone.

"However, the continued instability is still too great to hold a tournament like this in complete safety. Once again, we would like to thank the Madrid City Council and all of our sponsors and suppliers for being by our side during every step we have taken."

The cancellation means there will be no WTA Premier Mandatory events this year; with Indian Wells, the Miami Open and China Open already having been scrapped.

It is another big blow in a week that has seen WTA Tour action return at the Palermo Open. The ATP Tour is set to resume in New York on 22 August  at the Western and Southern Open.

The US Open is then scheduled to start at Flushing Meadows on 1 September (AEST).

Next Nadal decides against US Open defence
Read 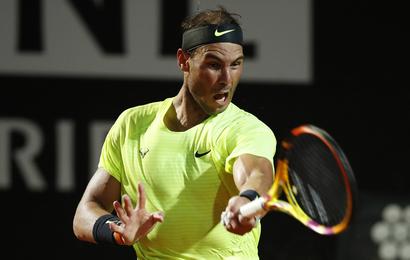