The Serie A giant said Chiesa is likely to be sidelined for around seven months, meaning he could return in the early stages of the 2022-2023 campaign.

That would give Chiesa a chance to prove his fitness to Italy boss Roberto Mancini ahead of the World Cup starting in November, providing the Azzurri qualify. It definitively means Chiesa can be ruled out of Italy's plans for the World Cup play-offs.

We're waiting for you, Fede! ❤️

The European champion faces North Macedonia in the play-off semi-finals in March and will then meets either Turkey or Portugal for a place in Qatar.

Chiesa was hurt in the thrilling 4-3 Serie A victory over Jose Mourinho's Roma two weeks ago, sustaining an anterior cruciate ligament injury. He was substituted in the first half of that game.

Juventus said Chiesa's operation had gone to plan, indicating they had been expecting this outcome.

The club said in a statement on Sunday: "This afternoon, Federico Chiesa underwent surgery to reconstruct the anterior cruciate ligament in his left knee.

"The operation, performed at the Hochrum clinic in Innsbruck by Professor Christian Fink and in the presence of Juventus' Dr Stefanini, proved to be a perfect success. The expected recovery time is approximately seven months."

His confirmed absence is a huge blow to Juventus head coach Massimiliano Allegri, whose side were in Serie A action against Milan on Sunday evening.

Juve has recently appeared to have turned a corner after a rocky start to the season, but it still face a battle to secure a top-four finish and a place in next season's Champions League.

Its Champions League last-16 tie with Villarreal begins in February, and Chiesa will only be a spectator.

After making an impressive impact in Euro 2020, Chiesa scored four goals and provided two assists in 18 appearances for Juve in all competitions this season. 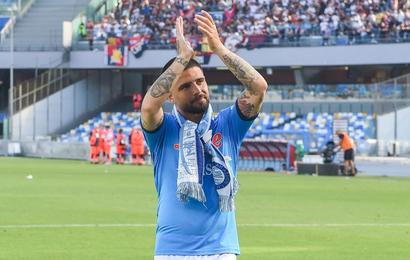