Allegri introduced Dybala and Chiesa from the substitutes' bench with Juve trailing in Monday's (AEDT) match at San Siro, and the former netted a late penalty to rescue a 1-1 draw.

Despite only being brought on in the 65th minute, Dybala led the way among Juventus players for shots (four), shots on target (two) and big chances created (two).

The Argentina international, who was returning from a four-game injury lay-off, has been directly involved in more goals (six) than any team-mate in all competitions this term.

Chiesa's 12 chances created this term, meanwhile, has been bettered by only Alvaro Morata (13) and Juan Cuadrado (15).

Juventus head coach Allegri explained the decision to overlook the pair for Derby d'Italia selection was down to fitness issues, with both set to be recalled against Sassuolo on Thursday (AEDT).

"Paulo and Chiesa will play, so everybody is happy. You write and I make you happy," Allegri, who was criticised for his team selection, said at his pre-match news conference.

"Dybala has important technical qualities. He is different from [Dejan] Kulusevski, but Kulusevski played a good game in Milan in the first 60 minutes.

"Chiesa is a top player. He's played many games already. On Sunday, I was wrong, but I had read the game in a different way, with Kulusevski man-marking [Marcelo] Brozovic.

"It's not a problem if a player starts on the bench, there are many games. Chiesa didn't drop to the bench because he deserved it. I had read the game in a certain way.

"Eventually, when he was introduced, we needed more quality and he had a great impact.

"Federico is a reference point for the national team and Juventus, but if I use the same players all the time, I'll need 20 new players in January.

"We hope we’ll play 57 games this season and sometimes players must rest. They can benefit from it, physically and mentally."

Allegri also confirmed Adrien Rabiot is back and available, but Moise Kean and Federico Bernardeschi are ruled out for the visit of Sassuolo to Allianz Stadium.

Juve has taken 13 points from its past five Serie A matches – only AC Milan (15) is in better form – but the Old Lady still sit down in sixth after a poor start to Allegri's second tenure.

The Bianconeri trailed leader Napoli by 10 points heading into the weekend games, while Inter was also seven points off top spot, but Allegri still rates the defending champion as favourites to win the Scudetto.

"[Simone] Inzaghi won't admit it, but Inter are the favourites to win Serie A," Allegri said. "Anything can happen in football, but they remain the favourites.

"We had a bad start, so there is no room for mistakes. The draw against Inter is important, but only if we win tomorrow." 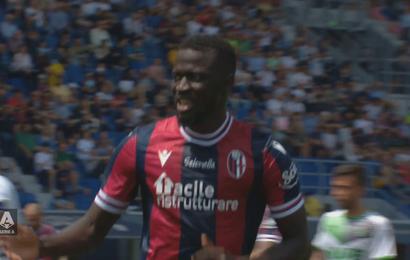