The Arsenal player shared abusive messages sent to him on Instagram earlier this year, while other high-profile footballers have followed suit in the hope of exposing the issue.

Manchester United and England forward Marcus Rashford described it as "humanity and social media at its worst" in January in response to messages he received, while Liverpool condemned the "abhorrent racial abuse" aimed at Trent Alexander-Arnold and Naby Keita after a 3-1 defeat to Real Madrid on Wednesday (AEST).

Willian wants more footballers to share their experiences, as well as calling on the authorities to take stronger action.

"The advice is to share, to put it on their social media, to speak, to never stay quiet, never have fear to come and to speak about that," the Brazil international said.

"These people have to pay for that. I don't know why they do that, we want to know that, we have to speak, we have to share on our social media and that's it."

On the best way to combat the problem, Willian said: "I think we have to find a way to change the profile of social media, I think people want to have Instagram, Twitter, Facebook, they need to put their ID, then when these things happen, we can catch them.

"The authorities can catch them. That's the action that we want."

Willian understands social media offers a platform for criticism over performances on the pitch, but made clear there is a line that should not be crossed – particularly when it comes to family members.

"It really affects me, what they say about my family. If they want to criticise me, it's no problem, I will always accept that," the former Chelsea player said.

"But when they come to attack you, attack your family with bad words that I cannot say here, that hurts. That's really affecting me and it's a big problem.

"Then when you think, when you take a few minutes, you relax a little bit more, the first reaction is to delete."

Willian admitted there have been times he has been worried about going onto social media, considering what he may discover on his personal accounts.

"We are human, you know? I want to understand what these people, who they are, who they think they are to come to speak to us like that," he said.

"We have our bad days, sometimes we are not feeling good, we have problems like everybody has, we have families, sometimes you don't have it, you are not in a good day, you have a bad game and they come with these kind of words that hurt you. That's why we want to stop it. Enough is enough."

Asked why he felt the time had come to speak out again about the issue, Willian replied: "Well, because we see it day by day, week by week.

"I was in that situation one month ago, and it was very difficult for me because I have a lot of things on my phone and I saw a lot of horrible words against my family for example.

"After that, I said to myself, 'Enough is enough, I have to try something', to take action against racism and online abuse.

"I am proud because the club is doing that, they are helping us a lot and I will never stop my fight against racism." 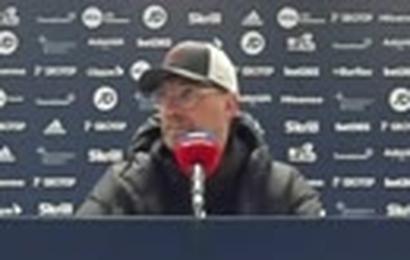 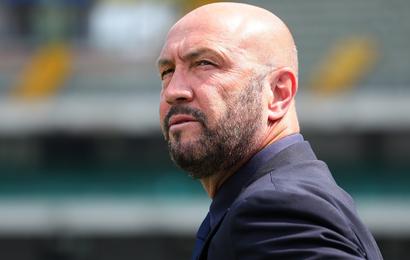