Victory at Villa Park saw the Midlands club move up to eighth place in the table.

Newcastle's fourth league defeat in a row – and fifth in all competitions after they were knocked out of the FA Cup by Arsenal – leaves it in 16th place, seven points clear of the relegation zone.

This latest loss will do little to placate Magpies fans unhappy with the style of football being played under manager Steve Bruce.

Smith was in the stands as punishment after accepting a FA disciplinary charge for using abusive and/or insulting language towards referee Jon Moss during Villa's 2-0 defeat by Manchester City last week.

The Villa boss asked the officials if they had got juggling balls for Christmas after City midfielder Rodri ran back from an offside position to tackle Tyrone Mings and pass for Bernardo Silva to score the opening goal.

That match also John McGinn receive his fifth yellow card of the season, meaning the midfielder was suspended for the visit of Newcastle, with Marvelous Nakamba was recalled in his place.

Bruce made four changes to the Newcastle side beaten by Arsenal, with Javier Manquillo, Fabian Schar, Isaac Hayden and Jeff Hendrick all returning.

Allan Saint-Maximin was back in the squad after an eight-week absence because of COVID-19 and he was joined on the substitutes bench by Ryan Fraser, after serving a one-match ban.

Villa took the lead in the 13th minute when, after Matt Targett's cross was sliced into the air by Schar, Watkins jumped ahead of Newcastle goalkeeper Karl Darlow to head home.

Villa was 2-0 up in the 42nd minute when Traore's shot went in off the underside of the crossbar after an excellent cut-back from Jack Grealish.

Bruce sent on Fraser and Saint-Maxim in place of Andy Carroll and Manquillo with 19 minutes left but the substitutes could not turn the tide in a match where Villa goalkeeper Emi Martinez was, for the most part, a spectator. 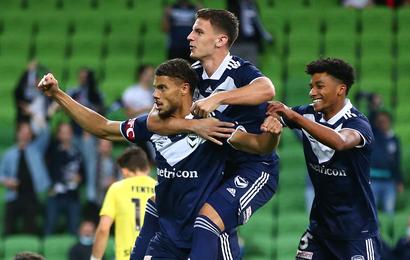