The striker won two penalties and converted both, either side of a terrific back-heel finish for his second goal, to net his second hat-trick against City – almost four years after his treble in a 4-2 victory over the same opponent.

His former Leicester team-mate Riyad Mahrez gave the hosts the lead at Etihad Stadium on Monday (AEST), but Vardy then took centre stage, with James Maddison adding a brilliant fourth goal late on.

Nathan Ake headed a City consolation, but Leicester then scored a fifth in a dramatic Premier League clash, with Maddison fouled and Youri Tielemans slotting in another penalty.

It meant Guardiola, in his 686th game as a manager, suffered the indignity of seeing one of his team’s conceding five goals for the first time.

"I think the problem was we put an extra pressure on ourselves to score the second one and the third one," Guardiola said.

"Leicester didn't want to play, just defend and counter-attack. In that position we have to be more calm."

It was the first time City had conceded five goals in a home league game since 2003 against Arsenal – a devastating setback after its win at Wolverhampton Wanderers in its Premier League opener last week.

City looked even worse at the back than last season despite the signing of former Bournemouth centre-back Ake.

Amid reports City could be about to sign Benfica centre-half Ruben Dias, Guardiola could have been forgiven for rushing to seal the deal once the final whistle blew.

While it is too early to write off City's title hopes, it will need to improve significantly if it is to overhaul champion Liverpool.

"Of course it's hard, but still it's the second game in the Premier League," Guardiola said.

"We have to try to see what you have to do to avoid it next time. This is my job. Of course I feel bad for the guys, for the club. We have to analyse and improve."

"We showed our quality, played the system very well, and it was an absolutely brilliant result and performance for us." 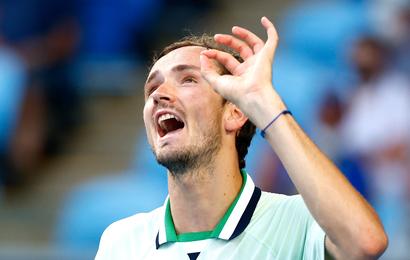