Alderweireld put past his own goalkeeper before lashing home an equaliser at Villa Park, and he was also outjumped when Bjorn Engels later restored parity for the host.

But Engels himself made an injury-time error that Son Heung-min, who earlier had made it 2-1 when scoring the rebound from his saved spot-kick - awarded for an Engels foul on Steven Bergwijn, capitalised on to win it for Spurs.

"In a funny way I would say Toby scored three goals," a smiling Mourinho said of the Belgium defender, whose wife gave birth to their son Jace this week.

"First in our goal, the second a fantastic goal he scored, and the third he loses the duel with Engels.

"But he scored with a shot of his life which was to be a dad again two days ago. It's something to remember."

Pepe Reina was busy in the home goal but Villa will count themselves unlucky to lose after putting in a valiant effort, a fact Mourinho himself acknowledged.

"I think we deserved to win but I don't think they deserved to lose. I think they were good, they gave us a real football match, a real fight," added Mourinho.

"They played to win, I don't think they played to get a point - probably in the last 10-15 minutes yes -but during the game their attitude was to win the game. It's fantastic, that's why the game was so good."

Spurs' late winner means they are just a point adrift of fourth-place Chelsea, who face Manchester United on Monday.

The table may look favourable from a Spurs point of view but Mourinho believes a few sides will be fancying their chances.

"Not just for us. A window opens for many teams, probably teams that saw fourth as too far. What seemed far, now the fifth place is not far," he said, referring to the fact fifth would be enough for a Champions League place given Manchester City's two-season European ban administered by UEFA, which the club said they intend to appeal against.

"Arsenal, Everton, Sheffield United, Wolves...everyone will feel they have the chance." 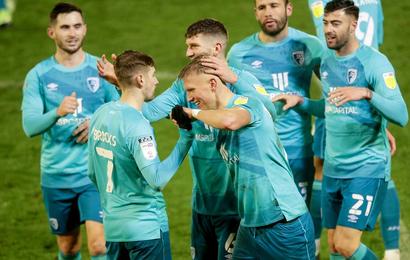