Ole Gunnar Solskjaer's beleaguered side took the lead through Marcus Rashford's controversial opener, with Liverpool claiming Divock Origi was fouled prior to a rapid United break.

Reds boss Jurgen Klopp cut an incensed figure on the touchline and his mood hardly improved when Sadio Mane had an equaliser disallowed after a VAR check for handball but, in the absence of the injured Mohamed Salah, his side lacked its usual fluency in attack. 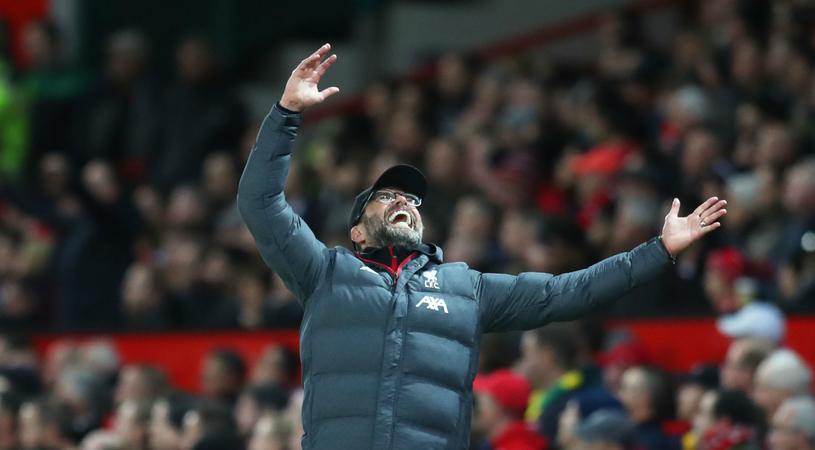 United defended doggedly to hang on to its lead, yet its hard work was undone when it allowed substitute Lallana to tap home Andy Robertson's low cross in the 85th minute.