Coutinho was named on the bench for Thursday's qualifier in Porto Alegre having not played for Liverpool this season due to a back problem and illness amid ongoing speculation linking him with Barca.

But the Liverpool star put uncertainty surrounding his future aside to double Brazil's lead with 14 minutes remaining after a stunning one-two with team-mate Gabriel Jesus.

Already assured of its spot at the World Cup in Russia next year, Brazil cannot be caught atop the South American standings after moving 11 points clear of second-placed Colombia with three games remaining, while Ecuador is seventh and three points adrift of the play-off position.

There were no surprises in Brazil's starting XI after its 4-0 friendly rout of Australia in June as the world's most expensive player Neymar headlined Tite's line-up, which also included Jesus, Willian, Casemiro, Marcelo and Dani Alves, who did not play in March's 3-0 qualifying win at home to Paraguay.

Ecuador – which lost 2-0 to Colombia in its most recent qualifier – named the likes of Antonio Valencia, Enner Valencia, Christian Noboa and Gabriel Achilier.

The first half did not reach any real heights as Brazil – devoid of ideas and synergy – struggled against a resolute Ecuador side.

Manchester City star Jesus almost opened the scoring just past the half-hour mark after outmuscling his opponent en route to goal but Ecuador goalkeeper Maximo Banguera was up to the task, using a strong hand to push the ball away for a corner.

Jesus came close again 11 minutes into the second half after being picked out by Alves with a sublime cross but his close-range header was saved.

The 20 year-old forward was thwarted minutes later as Ecuador defender Robert Arboleda glanced a header away before Jesus could head home the opener.

Seeking a goal, Tite introduced Coutinho before the hour-mark – his first playing time of the 2017-18 season – but it was his potential Barca team-mate Paulinho who broke the deadlock.

Brazil could smell blood as Banguera denied Willian and Neymar with back-to-back saves only moments later.

But Banguera was unable to deny Coutinho, who combined with Jesus before side-footing into the net in the 76th minute. 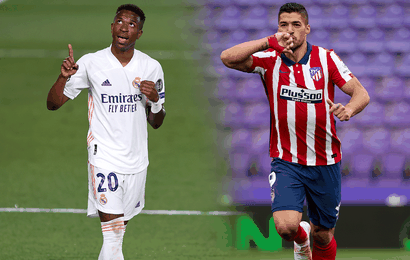 Ancelotti with 'nothing to prove' in Inter clash