Australia has been given a relatively favourable draw for next year's FIFA World Cup after being selected to face France, Peru and Denmark in Group C.

The Socceroos, without a coach since the resignation of Ange Postecoglou after qualifying, will play 1998 champion France in their first match on 16 June at 8pm (AEST) in Kazan before meeting former European champion Denmark on 21 June and Peru on 27 June (AEDT).

Australia will be confident of progressing from the group given the struggles of Denmark and Peru to qualify. Like Australia, both opponents were forced to qualify via last-chance play-offs, beating Ireland and New Zealand respectively to reach Russia 2018.

France — including such star names Paul Pogba, Antoine Griezmann and Kylian Mbappe among others — will be the overwhelming favourite to win the group, having breezed through qualifying in a group that included both Netherlands and Sweden. Les Bleus are also seen by many as potential champions in 2018.

But Denmark might consider itself a chance to qualify, too. Having drawn against Germany earlier in 2017, the former European champion hasn't lost an international match since October 2016 and thrashed Ireland 5-1 in the second leg of its play-off last month to qualify for Russia.

Elsewhere, World Cup holder Germany will begin its defence against Mexico, with Spain and Portugal put together in the pick of the group-stage matches at Russia 2018.

Joachim Low's men triumphed on Russian soil in the FIFA Confederations Cup earlier this year and start at Moscow's Luzhniki Stadium on 18 June against a side it ran out a 4-1 winner over in the semi-finals of that tournament.

Mexico's tough assignment comes three days on from the hosts kicking off proceedings in a seemingly favourable opener against Saudi Arabia.

Sweden, which ensured Italy would miss the finals for the first time since 1958, and Korea Republic join Germany and Mexico in Group F.

Spain and Portugal will play out an Iberian derby in Sochi, a fittingly temperate setting on the Black Sea coast, and the winner will be a heavy favourite to top Group B. Iran and Morocco make up the section.

Host Russia performed poorly at both UEFA Euro 2016 and the FIFA Confederations Cup but might fancy its chances of pipping Saudi Arabia and Egypt in Group A, where Uruguay will start as favourite.

Five-time champions Brazil will begin against Switzerland in Rostov and further pairings with Costa Rica and Serbia mean head coach Tite can be pleased with the draw overall.

Brazil's great rival Argentina has a more complicated task alongside UEFA Euro 2016 surprise package and tournament debutants Iceland, Croatia and Nigeria in Group D. It is the fifth time in Nigeria's six FIFA World Cup appearances that it has drawn two-time champion Argentina.

An array of Premier League stars will be in action on the final Matchday in Group G, when England takes on Belgium, featuring Eden Hazard, Kevin De Bruyne, Romelu Lukaku and company, in Kaliningrad.

Tunisia and debutant Panama's presence means that match will be expected to double up as a winner-takes-all showdown for top spot.

Poland are is the top seed in Group H, where Colombia represents tough Matchday two opposition. Those nations begin against Senegal and Japan respectively.

Next Tevez given deadline for Shanghai return
Read 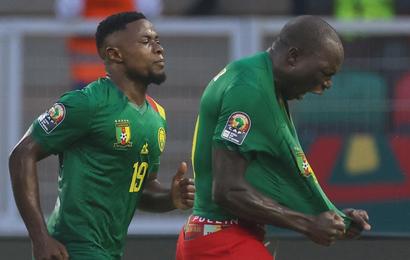