Germany manager Joachim Low named a side without a striker but goals from wingers Serge Gnabry and Leroy Sane, symbols of their new generation, established a 2-0 half-time lead.

Memphis Depay recorded a goal and an assist as Netherlands came from behind after the interval to seemingly claim a point at the Johan Cruijff ArenA.

Netherlands get it back to 2-2 but Nico Schulz breaks Dutch hearts on the back of some stellar play from Ilkay Gundogan and Marco Reus.#NEDGER #EURO2020 #OptusSport pic.twitter.com/j9sZmMpAyA

Germany, though, earned revenge for last year's 3-0 Nations League defeat against Ronald Koeman's side, when wide man Schulz got forward to finish brilliantly with his weaker right foot.

Toni Kroos sent Schulz scampering down the left and, after neatly controlling the cross, Sane capitalised on De Ligt's costly slip to slam home an excellent finish on the volley.

Manuel Neuer made two key saves in quick succession from Ryan Babel and Germany then extended their lead in stunning fashion in the 34th minute.

Antonio Rudiger's long ball sent Gnabry one on one with Virgil van Dijk, the Bayern Munich winger cutting in off the left, feinting to create space and crashing home his fifth Germany goal.

Netherlands got one back within three minutes of the restart, though, De Ligt rising highest to glance home a header from a superbly delivered left-wing Depay cross.

And Depay equalised in the 64th minute, indecision in the Germany box allowing Georginio Wijnaldum to tee up the Lyon attacker for his seventh goal in eight internationals.

Both sides seemed to have settled for a point in the closing stages but Germany snatched all three at the death.

Substitutes Ilkay Gundogan and Marco Reus combined to free Schulz and he picked out the bottom corner with an unerring strike to spark a new dawn for German football. 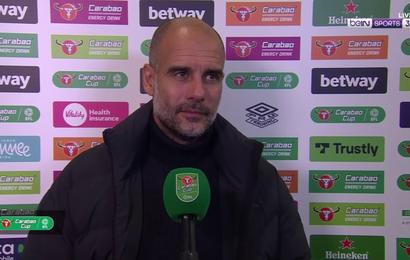 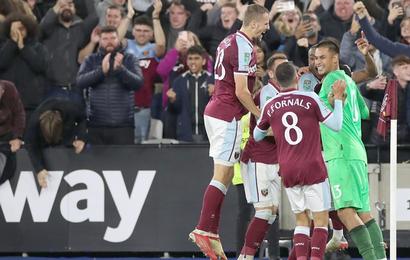