Danny Welbeck netted a brilliant brace on his first Arsenal start since May before Theo Walcott's hat-trick offered further cheer for suspended manager Arsene Wenger, who watched a rampant 5-0 thrashing of Southampton from the St Mary's stands.

Claude Puel's Saints were excellent in overcoming Liverpool to reach the EFL Cup final in midweek, but a much-changed XI did not find the fourth round of the FA Cup to be such fertile terrain.

A youthful line-up found England international Welbeck, whose past two seasons have been decimated by serious knee injuries, eager to make up for lost time as he finished twice with aplomb before the first-half reached its midway point.

Walcott then took centre stage, having missed the past six matches with a calf problem, and ensured Wenger's behaviour could be far more measured than the touchline fury from last weekend's win over Burnley that landed him with a four-game ban from the dugout.

The man who would depart with the match ball found space down the right against his former club in the third minute and the England winger's cutback reached Jeff Reine-Adelaide, whose shot was deflected behind.

Hat trick ⚽ ⚽⚽ - on to next round !! #EmiratesFACup pic.twitter.com/woUrZHBQEE

It was an enterprising start by Arsenal, as Lucas Perez fizzed a ball across the face of goal and just beyond a vocally disappointed Welbeck.

Lucas seemingly took whatever advice was dispensed on board, clipping a pass through the Southampton backline for his forward partner to lift a cute finish over teenage goalkeeper Harry Lewis with the outside of his right boot

Having had little trouble relocating his match sharpness, Welbeck looked to make hay and it was 2-0 when he immaculately controlled Alex Oxlade-Chamberlain's lofted pass and slotted left-footed through Lewis's legs.

An ill-advised venture outside of his area from David Ospina concluded with Pierre-Emile Hojbjerg crashing a volley over and midweek hero Shane Long forced the Arsenal keeper into a sharp save.

Hojbjerg also sent a free-kick into the side-netting but had an unwitting role in Arsenal's third as Jack Stephens unceremoniously thumped a clearance into his face.

Welbeck retrieved the ball and exchanged passes with Lucas before lacklustre defending from Sam McQueen made Walcott's finish more routine than it might have been.

Lewis held a shot from rampaging full-back Hector Bellerin as Arsenal's pressure and total dominance began after the interval.

Southampton's weary defence would not have been heartened by the sight of Alexis Sanchez ready to replace Welbeck in the 65th minute. Four minutes later the Chile superstar hit the byline and pulled the ball back for Walcott to side-foot his second.

There was more sublime hold-up play from Sanchez to tee up the England winger for his third and a fine stop from Lewis denied Lucas the goal his endeavours deserved.

It all meant there was no need for the late drama Arsenal provided in recent encounters against West Bromwich Albion, Bournemouth, Preston North End and Burnley, with assistant manager Steve Bould able to enjoy a relaxed conclusion from the bench.

How Wenger must have envied him. 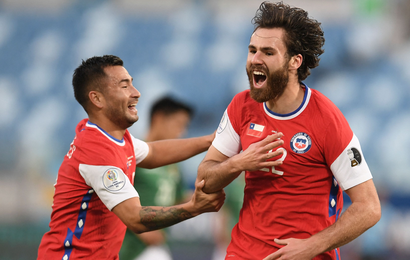