Eight years on from a painful night in Vienna where it inadvertently started it all, Italy clinically and mercilessly snuffed out the last embers of one of the greatest sides in the history of international football at the Stade de France.

Spain prevailed via a quarter-final penalty shootout at Euro 2008 - a first competitive triumph in 88 years over a nation who understandably filled them with dread. Fernando Torres scored the winner in the final against Germany but proclaimed beating Italy as the moment Spain took a second European title into its possession.

It added a third by thumping the Azzurri 4-0 in Kiev in 2012, with a World Cup in between thrown in for good measure. But this last-16 encounter in Saint-Denis was one both teams entered with scars.

For Italy, the thirst for revenge was clear. Spain, having crashed at the group stage to prematurely end its World Cup defence in Brazil, looked to have rediscovered plenty of the old magic as it swaggered to a 3-0 win over Turkey in one of the best performances of the group stage here.

Pre-match, Vicente del Bosque played down any problems Spain might encounter with Antonio Conte's 3-5-2 system after Netherlands and Chile both operated in a similar manner to down them in Brazil.

"We have had one or two problems against similar systems but hopefully we play our game, so they're worrying about us and we're not worrying about them," he said.

The first half at France's national stadium made it clear that such sentiments lay alongside the complacency that lumbered Spain with a runners-up spot in Group D and this thankless task in the first place. Italy tirelessly and surgically re-opened old wounds.

"Football is all about running intensity. We will produce an intense game and an intense performance where we run, play football and attack in the right way," said Italy boss Conte beforehand, demanding an "extraordinary" display from his players.

This unfancied Italian vintage carried out its manager's expectations to the letter. A fittingly scruffy 33rd-minute opener from the grizzled, battle-hardened Giorgio Chiellini was the least Italy deserved in a first half where it outthought, outfought and outplayed the departing champion.

Chelsea fans must be relishing Conte getting his hands on its assortment of underachievers. Perhaps spurred on by his constant talk of running, this Italy team look as if it would happily charge through walls for its charismatic leader.

But this was not a victory simply rooted in sweat and toil. Conte and his men exploited flaws Del Bosque hoped a few goals might have erased. It was a major oversight from the redoubtable old-timer, who is likely to retire on the back of this exit, with the younger Conte's verve embodied by his players.

From the first minute, there was a clear tactic to switch play wide quickly, using livewire wing-backs Alessandro Florenzi and Mattia De Sciglio to stretch Spain and take its famed press out of the equation. Possession in the first half was split 50-50 with the passing maestros of Iberia. Spain was rattled and ragged.

Del Bosque threw on centre-forward Aritz Aduriz at the interval and Spain improved. The peerless Andres Iniesta schemed masterfully against the dying of the light, almost levelling with a sumptuous volley. Spain's own centre-half warrior Gerard Pique twice came close but every time there was something veteran and Juventus in the way.

World champion Germany will not relish attempting to breach Gianluigi Buffon, Andrea Barzagli, Leonardo Bonucci and Chiellini after Graziano Pelle rifled home in stoppage time to seal an Italian triumph for the ages.

Del Bosque should now leave the stage, with his achievement undimmed and this Spain should look very different rather soon. Iniesta, Sergio Ramos, Cesc Fabregas and David Silva all have 100 caps, while Pique and Sergio Busquets are not far behind.

These are men who brought untold footballing riches to their country and they will know it had to end someday. They probably always feared it would be Italy who landed the final blow. 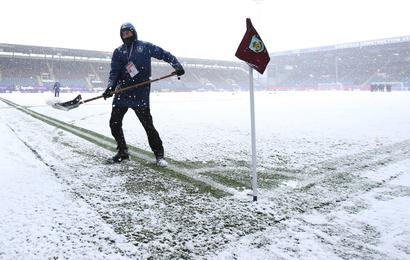