1. Cristiano Ronaldo is a far better bloke than too many people have given him credit for

First there was the Joao Moutinho encouragement that went viral.

And tell me you didn’t get a chill when a crocked Ronaldo, having been injured in the first half, took to rallying his team-mates from the sidelines in a way that would have made Antonio Conte proud.

For so long the focal point of his national team - and often the first player to cop criticism when the collective didn't perform to expectations - Ronaldo's injury was an apt if unfortunate moment when Portugal's players stepped up and wrested the responsibility from their captain.

In fact, they have done it all tournament, redefining the legacy of what was perhaps unfairly labelled an underperforming generation.

2. Rui Patricio is a beast

No one summed up his team's stoic desire more than the Portugal 'keeper, whose glove work kept his team in the match.

Patricio made an incredible 42 passes, made seven key saves and touched the ball 62 times.

3. Paul Pogba needs to do more than this to justify the price tag Inexplicably, Pogba spent most of the game operating in the few metres either side of the halfway line, seemingly reluctant to push forward, lest his team be caught out on the counter-attack.

Compare the 23 year-old's heat map to that of Moussa Sissoko, whose tournament form was a revelation and who took it upon himself to try and get his team into the lead, bobbing up everywhere on a powerful tour of the right flank.

The Newcastle United man even bobbed up on the left a few times. 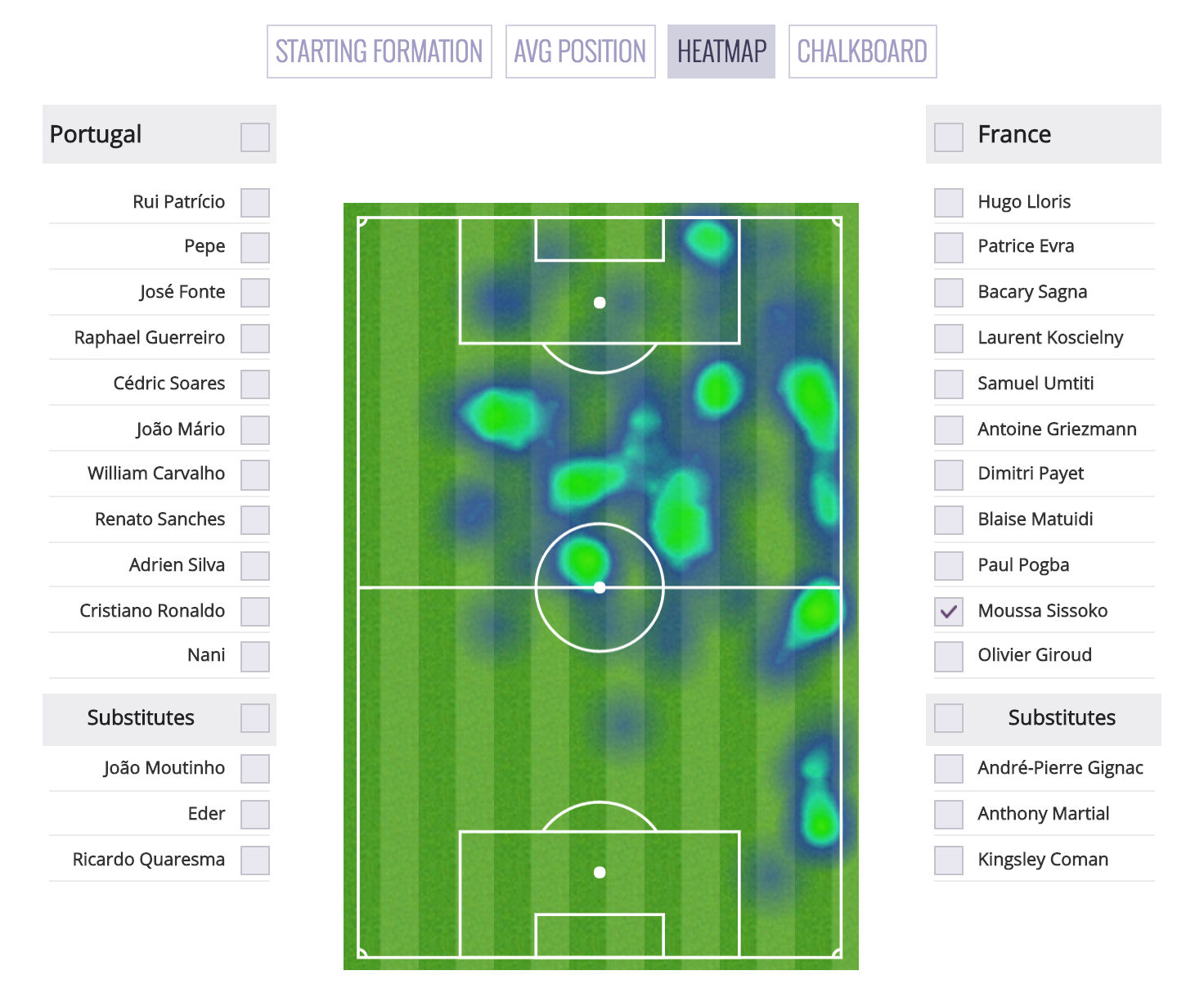 4. Anthony Martial was brought on too late

In the humble view of this author, the Manchester United striker, a proven match-winner for the Premier League club, was brought on half an hour too late to really have an impact on the match.

His 110th-minute introduction did lead to one or two chances for France, but it was one of a number of bold selection calls from Didier Deschamps - hooking Dmitri Payet on 58 minutes another - that, ultimately, didn't come off.

6. The future is bright for Portugal

As influential as Portugal's veterans have been, not only in France but for the past decade, it is the young brigade who have provided backbone to this team. The likes of Renato Sanches, William Carvalho, Rafael Guerreiro and Joao Mario have come of age in this tournament, piloting Portugal to its first European championship.