Over 46 gruelling rounds, 24 of England's best teams will fight for three lucrative places in next season's Premier League. For some, the Championship grind will be a chance at unimaginable riches, while for others, it will become a battle to avoid dreaded relegation.

The financial might of Premier League contenders is pitted against the unbreakable will of lower league minnows, making the EFL Championship compulsory viewing.

Here’s everything you need to know before the new season gets underway LIVE on beIN SPORTS on Saturday (AEST).

Get behind... Wycombe Wanderers

How can you look past newly-promoted Wycombe Wanderers coming off a fairytale season.

The favourite to be relegated from League One last season went off-script, beating Oxford United in the playoff final to make sneak into the Championship.

If the Blues' daring brand of football and underdog status hasn’t won you over, check out the countless gems of comedy gold Akinfenwa dishes out on social media.

Watch out for... Middlesbrough

Middlesbrough is coming off a dreadful season after barely avoiding relegation, but fans have every reason to be more optimistic heading in to 2020-2021.

With Boro languishing in 21st place by June, veteran manager Neil Warnock was brought in to replace Jonathan Woodgate at the helm for the final stretch of the season.

After avoiding relegation, Warnock has now had a full pre-season to impart some of his experience on a talented young squad featuring Manchester United academy graduates Paddy McNair and Ashley Fletcher.

Expect a rejuvenated Boro to come back much improved this season.

With dynamic duo Ollie Watkins and Said Benrahma leading the line, the Championship’s entertainer is well poised to go one better this time.

Swansea was unfortunate to miss out, but its impossible to look past newly-relegated Watford with its mouth-watering lineup of stars. 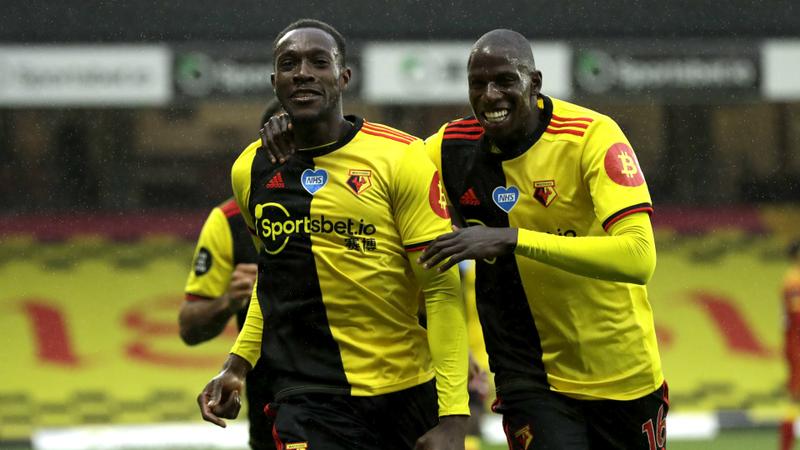 With Troy Deeney, ex-Arsenal star Danny Welbeck, Spain’s Gerard Delofeu, and Tom Cleverly among the names that pop off the team-sheet, Watford will be tough to beat in 2020-2021

Too strong for the Championship, outmuscled in the Premier League - a story which has plagued Norwich over the past decade, with the club yo-yo'ing up and down between the first and second tier.

The Canaries look set to continue that trend, assuming they can hang onto clinical Finnish’er Teemu Pukki.

Wycombe’s charge to the promotion last season was spellbinding, but its magic in the lower leagues might not hold up against Championship opposition.

For the first time in their 133-year history, the Blues will be in the second tier but they're lacking resources in comparison to their competitors will make survival exceptionally difficult.

Sheffield Wednesday boasts a competitive squad which features Socceroos star Massimo Luongo and former Swansea boss Gary Monk at the helm, but a 12-point handicap to start the season could cripple the Owl’s hopes of survival.

The club will be forced to start the season on -12 points for breaching EFL spending rules, whereby clubs are not allowed to record a loss exceeding $71 million over a three-year period.

Luton was fortunate not to be relegated last season, despite losing 23 games and conceding 82 goals. Only bottom-placed Hull City was worse in these categories.

With 11 departures and no major signings over the summer, the Hatters’ luck could run out this season.