The Brazilian Football Confederation (CBF) confirmed the news after Neymar left the 2-0 friendly win over Qatar in tears.

A tearful Neymar was carried down the tunnel with an ankle problem in the first half in Brasilia.

Neymar, who recovered from a knee injury leading into the international friendly, was substituted in the 21st minute and assisted into the locker room.

Brazil manager Tite was hopeful Neymar had escaped serious injury ahead of the country's Copa opener against Bolivia on 14 June.

However, tests revealed Neymar would not recover in time for the major South American tournament, which Brazil will host.

Next Neymar to be assessed by PSG after ankle injury
Read 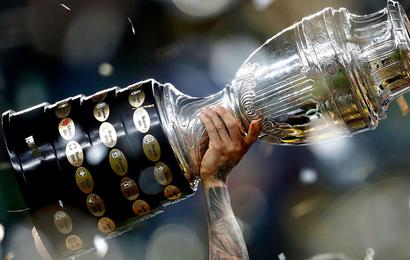