The Home jersey features the iconic City blue palette, a round neck collar and a seamless shoulder construction while the away jersey features a white and grey ‘digital glitch’ design paired with black shorts and socks. 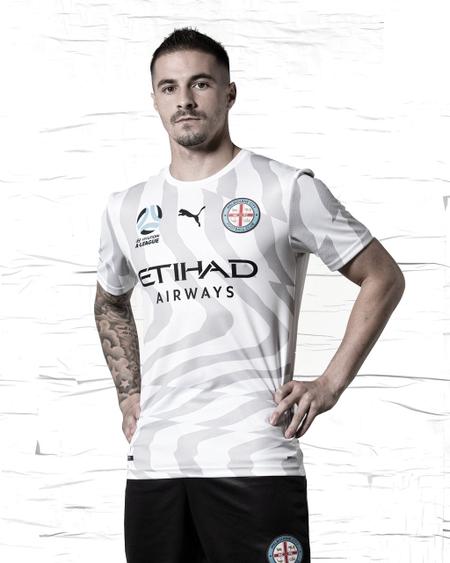 Both strips feature a woven Official Melbourne City FC badge on the left chest with sublimated PUMA Cat central on the chest, A-League badge on the right chest and sponsors, Etihad and McDonalds on the front and right sleeve respectively, designed to enhance performance.

The 2019-2020 Home and Away jerseys feature PUMA’s dryCELL technology, a moisture-controlling technology that is incorporated into the material to draw sweat away from the skin to the surface, ensuring a dry interface on the body even during strenuous exercise.

“We’re honoured to be partnered with an organisation that shares our values of authenticity and innovation,” Gutstein said.

“Today’s launch is just the beginning of a continued period of on and off field success for both parties.

“We’re proud of the kit and can’t wait to see it dominate the Hyundai A-League competition this season.”

“We are a Club that prides itself on innovation and challenging the status quo, whether that’s in our many community projects or in working with our partners. This new PUMA kit shows just that,” Rowse said.

“The new kits look and feel great. I can’t wait to see them on the pitch and with our fans in the stands.

“The players are excited to try it out in its first airing at our upcoming pre-season friendly with Oakleigh Cannons on Tuesday 23 July.”

The 2019/20 Home and Away kits were revealed at Melbourne City FC’s home ground, AAMI Park, with 11 Melbourne City players, including Scott Jamieson and Jamie Maclaren, on hand.

Upon impact, the wall exploded in dramatic fashion with a combination of bright lights, pyrotechnics and blue smoke flooding the area. It was at this moment that the 11 Melbourne City players stepped out from the darkness, over the rubble, surprising the group of Melbourne City fans and revealing the 2019-2020 Home and Away kits.

The jersey reveal is a significant milestone for both Melbourne City FC and PUMA after a long-term partnership was formed with City Football Group earlier this year which will see PUMA supply Melbourne City in addition to reigning English Premiership League champion, Manchester City and CFG sister clubs in Spain, Uruguay and China.