Mexico and Canada played out a 1-1 draw in CONCACAF World Cup qualifying as El Tri failed to beat their emerging North American rivals for the first time in 13 years.

Not since 2008 had Mexico been unable to defeat Canada, a run of five consecutive victories across all competitions.

Mexico were forced to share the spoils with fellow unbeaten side Canada at the Azteca on Thursday after Jonathan Osorio cancelled out Jorge Sanchez's 21st-minute opener before half-time.

The result left Mexico level on eight points alongside the United States atop the standings in the final round of qualifying on the road to Qatar 2022, two points ahead of third-placed Canada through four matchdays.

Canada were not overawed away from home – Alphonso Davies almost restored parity in the 31st minute but the ball was cleared from the Bayern Munich star's feet at the last moment with the goal at his mercy.

Osorio did equalise for Canada three minutes prior to the interval, finishing expertly beyond Guillermo Ochoa having been played through by Davies.

The second half was eventful, with play halted momentarily due to crowd chants, while Canada defender Alistair Johnson headed the ball onto his own crossbar as Ochoa produced an important save 12 minutes from the end. 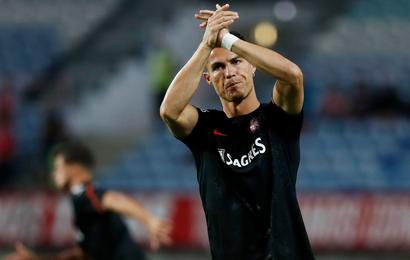