Martinez was one of three Premier League players who started Sunday's match between the South American heavyweights at the Neo Quimica Arena.

However, the match was stopped shortly after kick-off when Brazilian health officials came onto the pitch to apprehend Martinez, Cristian Romero and Giovani Lo Celso.

The United Kingdom is a red-listed country in Brazil, restricting the entry of those who have been in the UK in the past 14 days.

Brazil had called up nine players from the Premier League for their September games, but none of the group travelled.

Anvisa, Brazil's health authority, said in a widely released statement shortly before Sunday's game: "Anvisa considers the situation a serious health risk and so has asked local health authorities to determine the immediate quarantine of the players, who are stopped from participating in any activity and should be prevented from remaining on Brazilian soil."

Argentina's players walked off the pitch and did not return, with the game called off by the referee. On Monday, FIFA opened an investigation into the matter.

Martinez is now set to return to the UK along with his Aston Villa team-mate Emiliano Buendia, who was not involved on Sunday, although they will travel via Croatia due to quarantine restrictions.

The former Arsenal keeper spoke to reporters at Ezeiza International Airport and did not hold back in his criticism of the decision.

"We all know what happened. We prepare for three days in Brazil to play the game and having it cancelled after five minutes is a bitter feeling," he said.

"We gave everything to win it and for political reasons, I don't know what happened, it was cancelled and we had to go back.

"It's a shame because we were going to win. We were confident, the team was doing well. We did not understand anything. We stayed for half an hour to see if we would go out to play or warm up again, and after 30 or 40 minutes, they told us we had to go."

Martinez also revealed there was a possibility he, along with the other Premier League players, would have had to remain in Brazil and in isolation for two weeks if not for the Argentine Football Association's intervention.

"There was the possibility that they would leave the four boys from England there for 14 days," Martinez said. "But Chiqui [Tapia, president of the AFA] helped us, backed us all and said 'we're all going' and we all left.

"Aston Villa did not understand the regulations of Brazil and why it happened. It is not something the world expected to see. It was something to enjoy and not to make a fool of yourself.

"After winning the Copa America, the whole team wants to be with the group, not just give the national team a victory. It is something beautiful that we have and we accept the consequences." 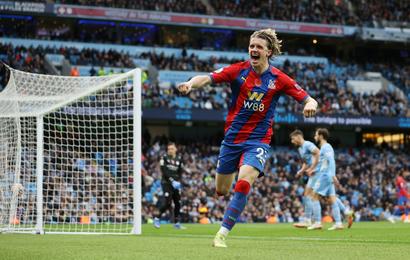