England
Labelled as second-favourites by the former Arsenal manager, Arsene Wenger, England also have the significant advantage of playing six of their seven games at Wembley Stadium if they win their Group D. The 2018 FIFA World Cup semi-finalists have continued to build, but there are question marks over their defensive capabilities, Their attack is arguably one of the best in the world. Harry Kane’s conversion rate is exemplary. The likes of Phil Foden, Jadon Sancho and Declan Rice have shown great promise this season. Croatia
It was a sensational story in Russia three years ago when Croatia made it to the FIFA World Cup Final in Moscow. It was all change for Zlatko Dalic’s side after that tournament, and they arrive at this one without stars Ivan Rakitic and Mario Mandzukic, who have both retired. Luka Modric will lead the team as captain, while Ivan Perisic and Marcelo Brozovic play a starring role. Croatia suffered just one defeat in qualifying, with Bruno Petkovic scoring four goals.

Czech Republic
The Czech Republic meet England again after finishing second to the Euro 2020 co-hosts in qualifying. The Czech Republic’s greatest European campaign was in England during Euro 1996 when they finished runners-up to Germany. They were just 17 minutes away from winning the tournament before Oliver Bierhoff scored twice. Patrick Schick was barely seven months old that day and will lead from the front following a good season at Bayer Leverkusen. The spine of the team will comprise two West Ham players, Tomas Soucek and Vladimir Coufal. Both of them had brilliant seasons in the Premier League. 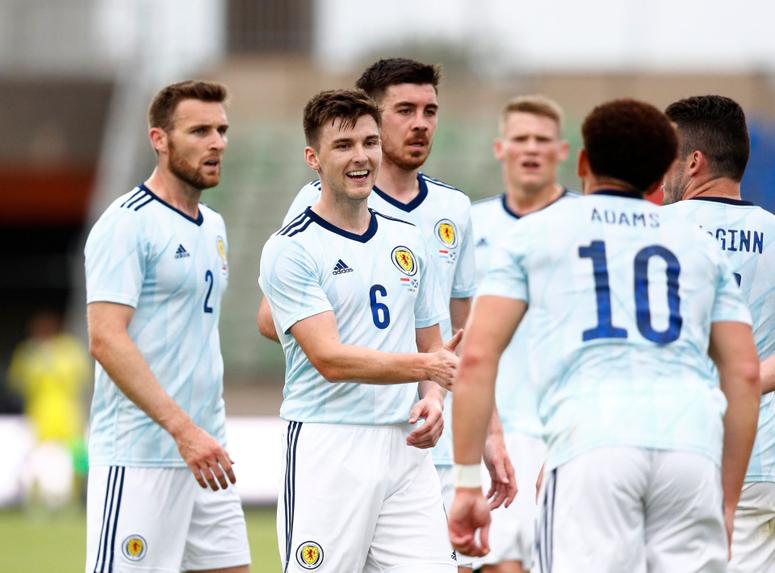 Scotland
Scotland last appeared at an international tournament way back in 1998. Several players were not even born when they overcame Serbia in a gripping penalty shootout in the qualifying play-offs. Steve Clarke’s side does have the bonus of playing two of their three ties at Hampden Park in Glasgow. Liverpool’s Andy Robertson will bring much-needed experience alongside Manchester United’s Scott McTominay.

Star Man - Harry Kane
Harry Kane could have played his last game at Tottenham in May, but despite not winning a trophy, the 27-year-old did finish the Premier League’s top scorer this season with 23 goals in 35 games. His leadership matches Kane’s excellent conversion rate on the field. A star player for any side, England will need him as they look to progress through the competition.

Player To Watch - Tomas Soucek
Tomas Soucek had an inspired campaign, scoring ten goals in 38 Premier League matches this season. However, it was his midfield partnership with Declan Rice that provided West Ham stability in midfield. Soucek will play against him at these European Championships, but he is undoubtedly a young star worthy of watching in these finals.