Greek side Olympiakos take on Spurs on Wednesday, looking to maintain their impressive start to the season. Having defeated Krasnodar, İstanbul Başakşehir and Viktoria Plzeň in a mammoth qualification campaign, Pedro Martins side will be looking to make a splash in Group B.
Olympiakos have won nine straight games since the start of the season in Europe and the Greek Super League. Last time out, Olympiakos thumped Volos 5-0. Both Moroccan striker Youssef El-Arabi and Algerian international Hillal Soudani got on the scoresheet in the comprehensive victory.

Youssef El-Arabi could prove to be the danger man for the Greek side against Spurs. The 31-year old attacker had an impressive goal-scoring record in the gulf with Qatari side Al Duhail, and already has four goals in six stars in all competitions. A deadly finisher in the box, El-Arabi has all the skills necessary to trouble Tottenham. 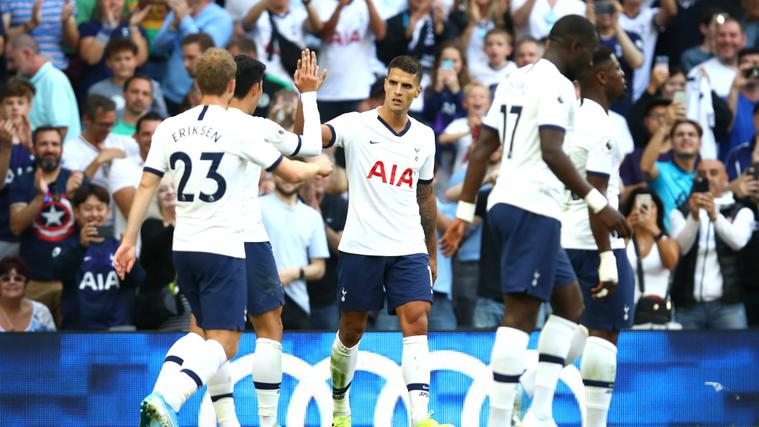 Last season’s Champions League finalists will be looking for a similar campaign in what will be a first full season at the brand new Tottenham Hotspur Stadium. Against the odds last season, Spurs reached the final following titanic fight-backs against Man City and Ajax. Add in that Spurs have strengthened their squad with the midfield signings of Tanguy Ndombele and Giovani Lo Celso and the North London side have the potential to go deep into the knock-out stages.

Spurs warmed up for their trip to Greece with a compressive 4-0 win over Crystal Palace. South Korean star Son-Min Heung grabbed a brace as the North London side returned to winning ways in the league. It’s safe to say that Tottenham has not started the season in the best possible form and will be targeting a morale-boosting victory to kick-start their Champions League campaign.

Harry Kane will lead the line for Spurs and will be eager to make up for a dismal showing in the Champions League final. Having rushed back from an ankle injury picked up against Man City, the Three Lions striker was a shadow of himself in the Madrid final. After recovering in the summer Kane will be raring to go again, and perhaps go one step further to lift the title.

It certainly promises to be a fascinating encounter. You can follow Olympiakos Vs Tottenham via beIN CONNECT.