Italian side Atalanta break new ground in the Champions League on Wednesday evening when they take on Valencia in their first-ever knock out game in the competition.

Atalanta dramatically pipped Shakhtar Donetsk into second place in Group C, with a 3-0 win in Ukraine in the final match-day. Meaning that the side from Bergamo made the knockout phase for the first time in their history in their maiden Champions League campaign. The feat was even more impressive considering that they lost their opening three group games with an aggregate score of 11-2.

Gian Piero Gasperini has worked miracles with the side in recent years, turning the team into viable Champions League contenders and guiding the side to a third-place finish in the league last season. Last time out in the league, a second-half strike from Mario Pašalić handed Atalanta a 2-1 win over Roma to consolidate fourth place.

In team news, Atalanta only has defender Bosko Sutalo as a doubt for the game on Wednesday evening. Dutch midfielder Marten de Roon is likely to anchor central midfield, whilst Duván Zapata should link up with Josip Iličić in a front two. 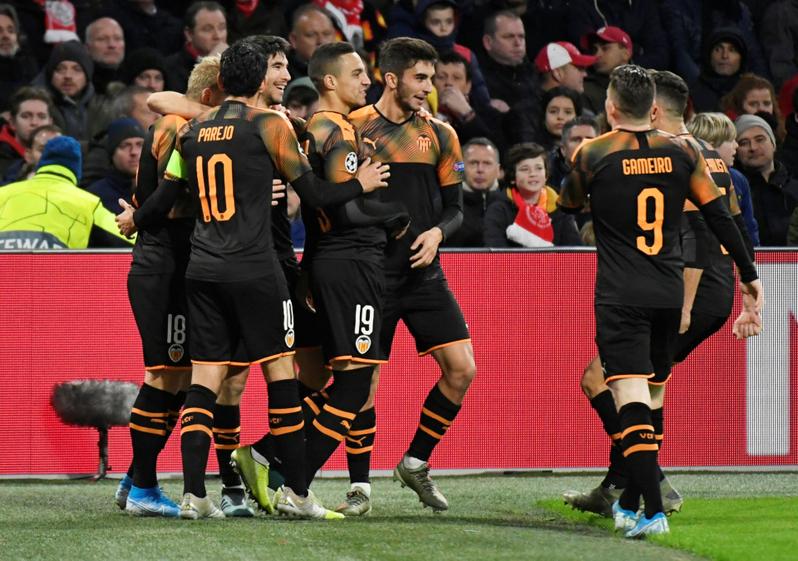 Valencia topped Group H ahead of Chelsea based on their superior head to head record with the English side. More impressively was how Valencia qualified ahead of last season’s semi-finalists Ajax, with a 1-0 win in Amsterdam securing their spot in the round of sixteen.

Domestically, Valencia is in the mix for Champions League football next season and currently sit in seventh place just two points away from fourth place. Last time out in the league, Los Che held Atletico Madrid to a 2-2 draw stretching their undefeated streak at home to 14 games in the league.

In team news, Celades will be without defender Gabriel who is suspended whilst Ezequiel Garay is unlikely to feature. Geoffrey Kondogbia scored the equalizer against Atletico at the weekend, but the French midfielder may have to settle for a place on the bench.

It certainly promises to be a fascinating encounter as Atalanta look to upset the odds against Valencia. You can follow all the action and the remaining Champions League games via beIN CONNECT.