Stephens has now not won a match since sensationally claiming a first grand slam on home soil at Flushing Meadows last September and failed to stop the rot in her first appearance in 2018.

Giorgi became the latest player to exploit the American's fall from grace, taking just 65 minutes to wrap up a 6-3 6-0 victory on Ken Rosewall Arena.

The 100-ranked Giorgi lost to Ana Bogdan at the Shenzhen Open last week in her first match since being knocked out of the US Open in the first round, but made light work of sending Stephens packing on Monday.

Giorgi hit 21 winners and broke four times to move into the second round to set up a meeting with Petra Kvitova, who took the first set 6-1 against Mirjana Lucic-Baroni before the Croatian retired.

Kerber will have sympathy for Stephens, having endured such struggles of her own last year after claiming her first two major titles in 2016, but she made a winning start to her season.

The German had to dig herself out of a hole to earn a second-round clash with Venus Williams, saving a pair of match points in a second-set tie-break to thwart fellow left-hander Safarova before breaking twice in the decider to claim a hard-fought victory.

Top seed Zhang Shuai was a 7-5 6-3 first-round winner over Magda Linette in the Hobart International.

Tatjana Maria was another seed to bow out, losing 6-4 6-2 to Donna Vekic. Lesia Tsurenko, Aryna Sabalenka and Kirsten Flipkens were among the other first-round winners. 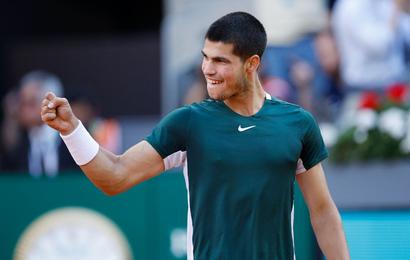