Roger Federer has confirmed he will not play the clay-court season in 2018, missing the French Open for the third year in a row.

Federer opted not to play on clay last year and returned to grand slam action by winning his eighth Wimbledon title in London.

And after suffering a surprise second-round exit to Thanasi Kokkinakis at the Miami Open on Saturday, Federer confirmed he will miss the clay-court season again, as had been expected.

"I decided not to play in the clay season," Federer said. "I did not play very well last week either, but I have a little time to figure out how things are.

"It was important returning to number one in Rotterdam, keeping it now or getting it back within the season is not important."

Federer, beaten in the final by Juan Martin del Potro at Indian Wells last week, lost his number one ranking to Rafael Nadal as a result of his shock 3-6 6-3 7-6 (7-4) loss to world number 175 Kokkinakis.

French Open champion Nadal returns to top spot in the world despite being out of action since January's Australian Open due to injury.

"[Kokkinakis] was just a bit better than me today," Federer said. "He was more relaxed, I deserve losing the number one after today, it was so bad.

"I was in search-mode the whole match. You take a break, get away from it all, and get back to practice court and work."

The French Open is Federer's least successful grand slam tournament, with 2009 the only year he has won at Roland Garros.

Next Kerber gets revenge over Pavlyuchenkova in Miami
Read 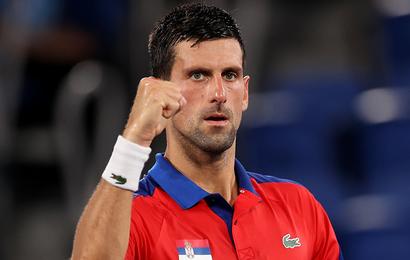