World Number one Caroline Wozniacki survived a second set scare from Angelique Kerber to book her place in the Qatar Total Open semi-finals with a 7-6, 1-6, 6-3 victory.

Both players gave little away in the opening set, with both players exhibiting some quality tennis. A first set tiebreak was needed to settle the deadlock and it was the Australian open winner Wozniacki that eventually prevailed winning 7-4 to take the first set.

Unperturbed, German star Kerber who has beaten British number one Johanna Konta on route to the Quarter-finals rallied impressively, dropping only one match to comfortably take the set 6-1.

The third set was finely poised, and both players produced some breathtaking groundstrokes, much to the delight of the crowd. A timely break of service in the eighth game swung the contest in favour of the Dane.  Whilst a flush forehand from the number one seed ensured progression to the semi-final against either Petra Kvitova or Julia Goerges. 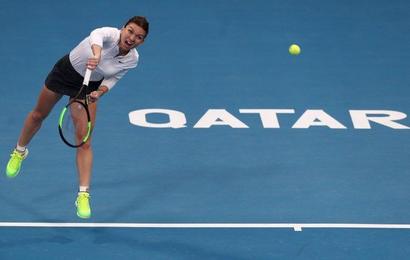