Former Real Madrid president Ramón Calderón has hit out of Chelsea and their tactics of holding on to winger Eden Hazard amid interest from Los Blancos to sign the Belgian international next summer.

Calderón 67, stated that Chelsea cannot hold onto Hazard if the player is so eager to leave West London for the Spanish capital.  “There’s no point to having a player who wants to go, slavery was abolished a long time ago. It depends what Chelsea wants to do (In terms of selling Hazard) then it's just a question of money between Chelsea & Madrid.”

After guiding Belgium to a third-place finish at the 2018 FIFA World Cup, Hazard had suggested that he wanted to leave Chelsea cryptically telling the press that he wanted a move to Madrid "You know my preferred destination.” 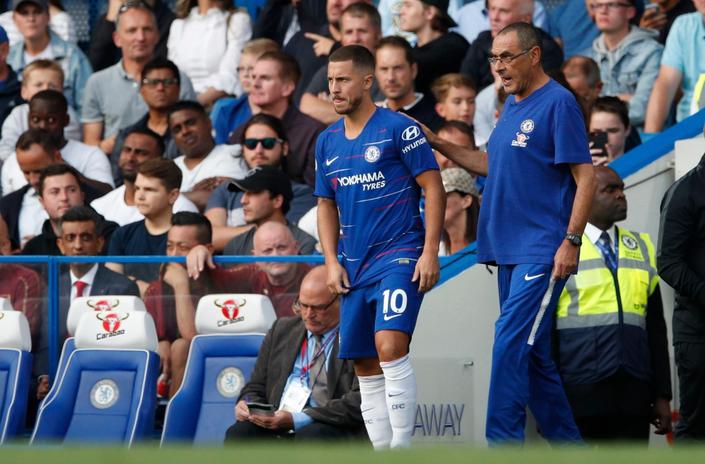 However new Chelsea boss Mauritzo Sarri convinced Hazard to stay on with the club and has thrived in his new attacking role, scoring seven goals in the league so far. Whilst Chelsea chairman Bruce Buck has insisted that the West London side "will do what we have to do to entice him to stay. “

Calderón stressed that with the player publicly hinting a move to Real can only be a positive for the thirteen times European Cup winners, who are looking for a marquee signing to replace Cristiano Ronaldo who moved to Italian champions Juventus in the summer.

“If a player insists on doing on what he is publicly saying it will be difficult for Chelsea to keep him and for Real Madrid it will be fantastic news.”
Calderón who was president of Real from 2006-2009 was quick to praise Hazard, suggesting that the 27-year old can step up and be considered one of the best players in the world today.

“I see Hazard as a player after Cristiano Ronaldo & Messi’s time. He is the player that will receive from them the inheritance of being the best player in the world.”