Steve Bruce and Gary Pallister each made fifty appearances for Manchester United in their first Premier League title-winning season in 1992/ 93. It was this defensive stability and ingenuity that allowed Alex Ferguson to win his first domestic title of many in England.

England's first division was now rebranded, income was flowing like never before, and new talent from abroad was arriving. The league was undergoing a new identity, and it was evident that the style of play, particularly defending, was going to change forever.

English football is famed for its aggressive defensive approach. It was all about intimidating the opponent without the ball, tackling hard when the opponent had the ball.

Bruce was known for his excellent heading ability, and he also able to go forward more often than players of today. Contrast that with Rio Ferdinand, arguably the most successful defender in United's history, a player once labelled by Ferguson as the best defender in the world. 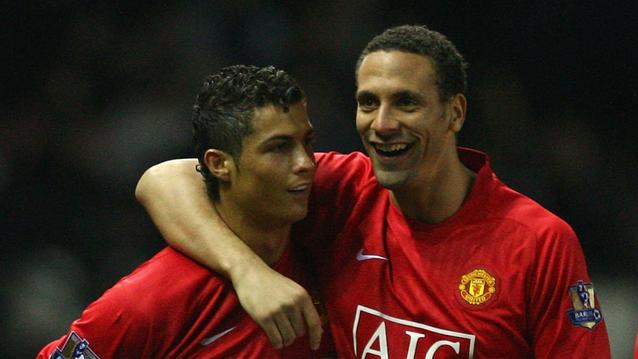 Several English journalists regarded Ferdinand as one of country's best continental style defenders. His game featured on playing the football from out the back, instead of the route one style we rarely see today. The emphasis now shifted to retaining possession, starting from the back, instead of potentially losing it at the first opportune moment.

Ferdinand could also cope with playing against lower league sides in the FA Cup to playing against strong attack-minded teams in the UEFA Champions League, by merely adapting his game.

Tony Adams was also a Premier League winner and forged incredible partnerships with the likes of Lee Dixon and Martin Keown. Despite their dominance and persistent defending, they were unable to achieve what their teammates managed some four years after Arsenal secured their first Premier League title.

Arsenal's unbeaten season centred around their unique attacking play but also their dogged defensive approach. As football evolves – the level of talent in a squad does not necessarily run parallel with that, as an unbeaten season should epitomise a defensive masterclass.

I just wanted to send a message to say I hope everyone is doing OK in these difficult times.
We must all look after each other in what is tough circumstances for everyone across the whole world. Please stay safe.
We will be back!
You’ll Never Walk Alone. pic.twitter.com/Y4Ahbo9dNM

Liverpool's star defender, Virgil van Dijk, is a prime example of this. The Dutchman enjoyed one a run of not being dribbled past in 2019.  His no-nonsense approach, however, is similar to that of Bruce some twenty-five years earlier.

There are more foreign players in the Premier League than there were in 1993, and every player has introduced their own culture to the competition. The evolution of defending goes hand in hand with the development of attacking. Where the pace of the striker has increased, so too has the defender.

There are always exciting debates as to whether Bruce or anyone from the 1990s could compete with players of today. The players are fitter like never before. The approach has certainly changed.

If Bruce were playing in his prime today, he probably would end up on his backside if Lionel Messi sprinted past him. However, the Argentine would undoubtedly know about it, if Bruce made contact, with his usual ruthless enthusiasm.