I am fortunate, to be currently working from home. I am presently in isolation from COVID-19. I think of friends who cannot do so. Some of them have lost their jobs. Many of them do not know where to turn. Industry is suffering, and professional sport is no different. As lower league clubs in England struggle to stay afloat and question their futures, Premier League clubs are counting the cost of their financial losses.

Several clubs face mounting criticism for using a bailout scheme to furlough non-playing staff. The job retention scheme helping businesses survive during the virus outbreak. Employees receive 80% of their salaries from the UK government, up to a maximum of £2,500 a month. If non-playing staff face furlough, then what is happening to playing staff?

The Professional Footballers Association recently met to discuss the idea of players taking a pay cut. It was not agreed upon. The PFA released a statement, that – ‘’taking a 30% salary deduction will cost the Exchequer substantial sums.’’

The union claimed the government would lose over £200 million in taxes. The PFA says this loss would be "detrimental" to the National Health Service and other governmental services.

That would be a fair argument if clubs were not using public funds to pay their employees. This move is detrimental to the taxpayer; using government funding to pay employees of these multi-million-pound businesses. England manager Gareth Southgate has taken a 30% pay cut, and the English Football Association is a non-profit organisation. I assume these businesses cannot do the same.

#LFC is continuing to deal with a range of challenges caused by the impact of the COVID-19 pandemic and would like to update supporters on the progress that has been made to date. https://t.co/0QAiCSVDv6

I wonder whether clubs are checking their balances. Virgil van Dijk is essential to Liverpool’s title-winning chances, but to argue that clubs can afford the full salary of players and not the general cleaner is frankly absurd. Yes, the likes of Liverpool will top up their wages to ensure they receive the total amount, and when the employees receive it all, who are they to care, particularly in this crisis?

Two club players were quick to criticise the move. Jamie Carragher said it was ‘’poor’’, while Dietmar Hamman said he was ‘’astonished’’. Perhaps Liverpool will save its pre-tax profits of £42 million for the year ending May 2019 for another rainy day.

Jurgen Klopp showed compassion for all at the start of this pandemic, senior players heavily involved in @premierleague players taking wage cuts. Then all that respect & goodwill is lost, poor this @LFC https://t.co/9bE8Rw1veE

It is not all Liverpool’s fault. Absolutely not. If they are eligible, then why wouldn’t a business request it? The government should have drawn up a stricter criterion. Perhaps they were not expecting Premier League clubs to sign up to the scheme.

Tottenham have also joined in; a decision slammed by former England international, Gary Lineker. The list also includes Newcastle, Bournemouth and Norwich - the latter with relegation on the horizon.

Manchester City is one of those Premier League clubs announcing they will steer clear of the scheme.

I would make this point, though. I can imagine players would be very happy to cut their wages. Jordan Henderson is also spearheading a campaign to raise funds for the NHS.  An excellent gesture.

The fact is that they can perhaps cut player wage spending, giving them enough money to pay everyone entirely and not drain public funds. That way, the government would not need to worry about the loss in taxes. As the UK Culture Secretary Oliver Dowden said, ‘’Football must play its part to show sport understands the pressures of its lower-paid staff.’’ The Government says it is concerned. 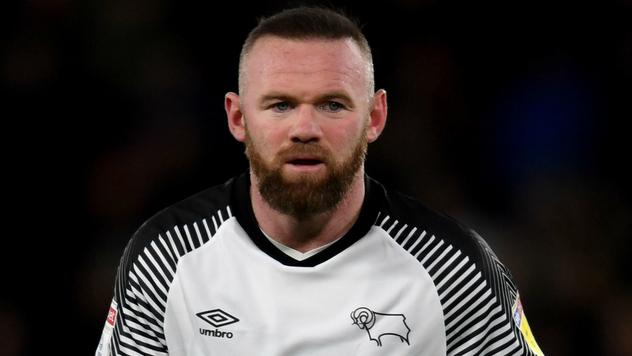 The former Manchester United and England forward, Wayne Rooney, asked this question in his article in a UK newspaper: ‘’Why are footballers suddenly the scapegoats?’’ It is true that when someone or something requires financial support, it is often a case of ‘ask the footballer to bail us out’. It is an easy way out.

Players’ are paid tens to hundreds of thousands a week, but not all of them should take a 30% pay cut. The government should also chase the wealthy entrepreneur, which is what Lineker argued.

Football clubs are eligible to use this new scheme. The controversy, though, is that some clubs may be able to afford to pay their staff the full rate. But for the club, it is a difficult situation. On the other hand, according to Rooney, they face a no-win situation. He is right. However, millions of people in the UK are facing the same problem.