During the first round of the 2017 World Championship, all the group A matches will be played in Nantes’ Hall XXL, except the firt game between France and Brazil, January 11th in Paris’ AccorHotelsArena. Six nations will fight for the four qualifying spots for the eighth-finals.

World champions in 2015 and host of this edition, France is undoubtedly candidate for the first place. It’s due to their unbelievable results last years, with coach Claude Onesta, who will work in the shadows this time. Didier Dinart and Guillaume Gille, former players who won the world title in 2001, already in France, will be in charge and will try to catch the sixth star, after a season 2016 where French team came back to Rio with the silver medal. Thierry Omeyer, MVP of the last World Championship, Nikola Karabatic, best player of the world in 2014 and the other “Experts” still have a lot of chances to be one of the best teams during this competition.

Reconstruction for Poland, Russia as a outsider

Behind France, group A seems to be open. Bronze medal at the World Championship 2015, Poland had everything to reach a new podium but key-players decided something else : Karol Bielecki, standard-bearer and best scorer in Rio, the goalkeeper Slawomir Szmal and right back Krzystof Lijewski announced their retirement in November. And Michal Jurecki, Kielce’s left back, had to give up after a fracture of the hand. Talant Dujshebaev, former best player of the world, will therefore lead a rejuvenated group, which is coming to France to win experience for Tokyo’s Olympics, in 2020.

In Russia, transition period lasted long enough. Best handball nation in the 90’s, the selection trained by the ex pivot Dimitri Torgovanov will try to reconnect with its glorious past. For that, it can count on its famous left wing Timur Dibirov, its centre back Dmitri Zhitnikov or the right back Sergei Shelmenko. Sufficient to be the surprise package of the competition ? It’s the opinion of several experts, based on results during last European Championship against Hungary (26-25), Denmark (23-25) and Germany (29-30).

Last summer in the Olympics at home, Brazil has reached quarterfinals. South American champion, in a continent dominated by Argentina last years, the selection could have a serious role to play. Preliminary answers during the opening match, January 11th against France.

Which Norway will arrive in Paris ? It’s one of the questions of this group A. Interesting during the last European Championship, finished with at the 4th position, after a big win against France (29-24), the Scandinavians then missed the Olympics. And they are participating to the World Championship thanks to a wild-card. Obviously, they can count on Sander Sagosen, elected best centre back of the Euro at the age of 21 and future player of Paris Saint-Germain.

If left wing Rémi “Anri Doi” Feutrier is known in France, because he plays for Chambéry, if you’re looking for a star in Japan, you have to look on the bench. The Spanish Carlos Ortega, former coach of Veszprem, was nominated at the end of the year and brought an historical win against South Korea (31-25). And after the World Championship, Icelandic Dagur Sigurdsson, current coach of Germany, will take the job. Probably insufficient to obtain strong results in the group but it doesn’t matter, the selection is working for 2020 and Tokyo’s Olympics. 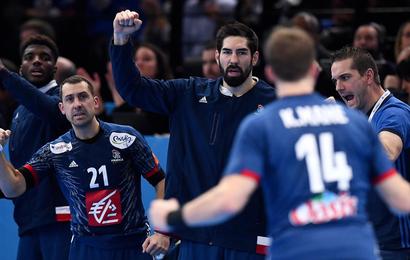