The 20-year-old added Olympic gold to his European title, easing home after passing long-time leader Timothy Cheruiyot of Kenya, who took silver in 3:29.01.

Josh Kerr ran the race of his life to take the bronze in 3:29.05 to give Britain its first medal for 33 years in an event they once dominated and won five times.

Ingebrigtsen -- the second youngest winner of the title -- said the anticipation of competing in the Olympics had played on his nerves.

"I've been struggling with eating for the last couple of weeks because I have been waiting so long for this race," he said.

"This is what you want as a professional runner. I've been able to do it (win gold) first try and I feel like I am just getting started.

"But at the same time, I have been dreaming of this for my whole life. It's great."

Cheruiyot had been the dominant force in the event for the past two years, winning 10 races on the trot, including the 2019 world title, but that run ended in the Kenyan trials.

The 25-year-old decided to impose himself early on, passing Ingebrigtsen after the Norwegian had taken the lead after 200m.

Cheruiyot gradually upped the pace and only Ingebrigtsen and Australian Stewart McSweyn were able to go with him while another Kenyan, Abel Kipsang, tried to bridge the gap.

Cheruiyot led at the bell as McSweyn began to drop away. Kipsang moved into third but Cheruiyot could not shake off the Norwegian, who took the lead in the final stages.

The Kenyan had no response and settled for silver while Kerr overtook Kipsang to take third.
Ingebrigtsen's victory provided Norway with a second memorable victory on the track at the Tokyo Games after Karsten Warholm broke his own world record to win the men's 400m hurdles.

Ingebrigtsen comes from a family of runners -- his two brothers competed at the 2016 Olympics and with him at the 2019 world championships -- and he is coached by his father.

He paid tribute to his family. "This is not me winning this race. If it wasn't for my brothers, my family and my fiancee, I wouldn't be able to do any of this.

"It's not just me, it is a whole team around me that's incredible." 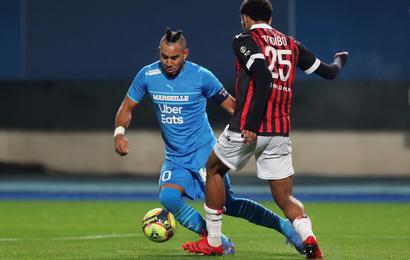