Lewis Hamilton and Max Verstappen will renew their thrilling Formula One world title battle at the Turkish Grand Prix this week.

The Mercedes driver leads his Red Bull rival by two points, the smallest margin between the top two after 15 races since 2006, when Fernando Alonso had the same narrow lead in his famous scrap with Michael Schumacher.

He is the last person other than Hamilton to win the drivers' championship, but the Briton knows he still has much more work to do if he is to stop Verstappen from ending that run with seven races to go.

The latest instalment of the rivalry will take place at Istanbul Park in an event which returned to the F1 calendar after a nine-year absence last year.

Verstappen is looking to win his eighth race of 2021. Apart from when Hamilton lost out to Rosberg in 2016, every other driver who has won that amount of races has gone on to be crowned champion.

It was an incredible race in Russia, with Hamilton ultimately claiming his 100th Formula One victory, having failed in his previous four attempts to reach the milestone.

Lando Norris had secured pole position and was eyeing a maiden victory, but he spun off the track with three laps to go after opting not to pit for new tyres as rain started to cause chaos in Sochi.

That allowed Hamilton to capitalise and McLaren were left heartbroken as Norris limped to a seventh-placed finish after coming so close to following up team-mate Daniel Ricciardo's win in Italy with one of his own.

The drama in front meant Verstappen made up important ground to finish second, an unlikely bonus after he started from the back of the grid when Red Bull had a new engine installed.

Carlos Sainz claimed the final spot on the podium, with Ricciardo, Valtteri Bottas and Alonso rounding out the top six.

WHAT TO EXPECT IN TURKEY

Turkey is one of just four out of 34 F1 venues where Hamilton is yet to claim a pole position, but he has won here twice, including a famous win in the wet last year that clinched his seventh championship.

His chances of repeating the feat this week may depend on whether he opts to receive a grid penalty for taking a new power unit, which Toto Wolff has suggested could be a possibility.

Should Hamilton triumph, he will equal Felipe Massa's F1 record of three victories in Turkey.

But there are other teams getting involved at the front which could provide an added complication to the championship contenders.

McLaren won in Monza and almost repeated the feat in Russia, with they and Ferrari – who have recently introduced an upgraded power unit with a new hybrid system - picking up some impressive results.

Having served his penalty and impressively limited the damage last time out, though, it is Verstappen who goes into the race weekend as narrow favourite for victory.

Grid position key - Seven out of eight winners in Turkey have come from the first row of the grid, with the only exception last year when Hamilton won from sixth place. Only in Germany three years ago has the Brit recorded a F1 victory from a worse starting position (14th).

Red Bull run – With eight wins this year, the team are one victory away from equalling their third-best season (nine in 2010). They have only surpassed that in 2011 (12) and 2013 (13), while they have already matched their best total of pole positions (eight).

McLaren impress – Having set two straight fastest laps (Ricciardo in Italy and Norris in Russia), the team could set three in a row for the first time since 2011 when Hamilton and Jenson Button were their drivers.

Hamilton could level up – If the seven-time world champion wins without being on pole, he will equal up his record of wins to pole at 101 for each category –  this would be the first time they have been the same since 2007, when he went 2-2 at the United States Grand Prix.

Next Hamilton not thinking about F1 title after losing
Read 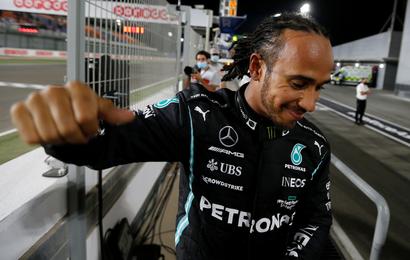 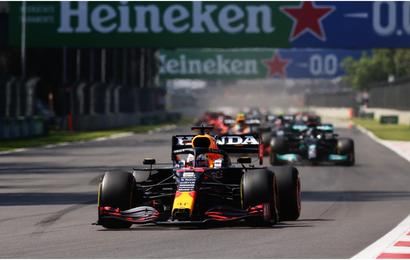 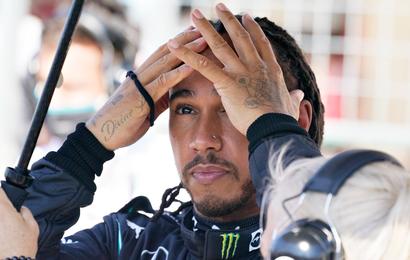