Martin Odegaard will not be involved for Real Madrid against Deportivo Alaves amid speculation he could be set to join Arsenal.

Odegaard excelled out on loan at Real Sociedad in the 2019-20 season but has found first-team opportunities limited under Zinedine Zidane upon his return to the Spanish capital.

The Norway international has failed to score or assist in his nine appearances this season in all competitions and, having made just five starts, seems keen to seal a move away in January.

A return to the Basque club – where he managed seven goals and nine assists in 36 appearances – appeared to be on the cards, but Arsenal have now emerged as the clear favourites to sign the midfielder on loan.

Madrid assistant coach David Bettoni, who is to take charge of Madrid while Zidane isolates after testing positive for coronavirus, was asked about Odegaard's future during his media duties on Friday - and hinted there could be developments in the player's situation soon.

"What happened with Martin is something that I don't know too well," Bettoni said.

"I'm the assistant coach and there are some things that I don't follow too closely, so I can't give the exact context.

"He is an important member of the squad and we'll see what happens with him in the coming days."

Odegaard is not part of Madrid's squad for Saturday's LaLiga trip to Alaves amid speculation he could be confirmed at Arsenal imminently.

The 22-year-old created 62 chances in LaLiga last term - a tally only beaten by four other players, one of which was predictably Barcelona talisman Lionel Messi.

His contributions in terms of goals and assists helped La Real finish in sixth place. They also reached the Copa del Rey final, though that fixture against rivals Athletic Bilbao is yet to take place due to the impact of the coronavirus pandemic.

The addition of Odegaard would add some welcome creativity to Mikel Arteta's squad, the Gunners having managed just 23 goals in 19 league games so far in what has been a topsy-turvy 2020-21 season.

Arsenal have created 158 scoring opportunities, of which 33 are considered big chances by Opta, well adrift of the league-high 53 recorded by Manchester City this term. The Gunners have managed 20 goals from 221 attempts (excluding penalties), slightly below their xG figure of 23.

Emile Smith Rowe has been a revelation of late, contributing three assists in open play, but no individual has created more chances for the Premier League club than full-back Kieran Tierney, his total of 22 putting him one above Bukayo Saka.

Having been busy so far in January trimming the squad, including the impending departure of Mesut Ozil, Arteta has admitted he hopes to make additions before the transfer window closes.

"We are in that process right now, we have done the first part more or less and we are focusing now on the second phase," he told the media on Thursday.

"Obviously this market and the context makes it difficult, but we are looking at options and we will see what we can do."

Next Milan sign Chelsea youngster Tomori on loan with a
Read 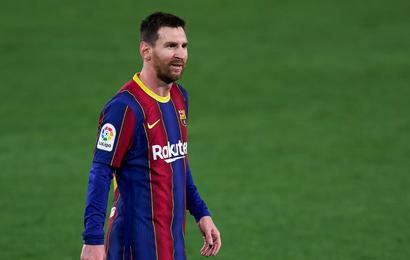