Sergio Ramos felt the penalty he won and scored to inspire Real Madrid to a Clasico triumph at Barcelona was "very clear".

With Saturday's clash at Camp Nou level at 1-1 in the second half after early goals from Federico Valverde and Ansu Fati, Ramos went down in the Barca box.

It was an extravagant fall from the Madrid captain but caught the attention of the VAR, with replays highlighting a blatant tug on his shirt from Clement Lenglet.

A spot-kick was subsequently awarded and Ramos found the net before Luka Modric made sure of the points in the 90th minute.

Barca players were furious with the penalty decision, but Ramos saw no controversy in the call.

"The penalty is very clear," he said. "For me, the action is clear. The referees and the VAR are there to help us."

Wins at Barca are always worthy of celebration for Madrid, but this success was especially precious after consecutive home defeats to Cadiz and Shakhtar Donetsk.

Ramos played just 45 minutes across those matches due to a knee problem and was delighted by the LaLiga champions' response in Catalonia.

"It was a week in which to vindicate ourselves and a Clasico is a unique match in the world," he said. "We faced it with great enthusiasm.

"You always have to be united and you cannot regret bad streaks or previous results.

"We are happy with the three points, and emotionally it is very good for the next matches. It is always very rewarding to win at our eternal rivals."

He added: "A week of crisis at Real Madrid is two games. We have to keep adding three points at a time and keep the good energy of the group.

"There are points that taste like glory - that is how it is here at our eternal rivals' stadium. This team has won a lot and we want to continue doing so."

Ramos was influential at both ends of the field, with Madrid requiring their skipper to lead a determined defensive stand between his goal and Modric's.

The centre-back, who had more shots (four) and shots on target (three) than any team-mate, weighed in with three tackles, four clearances, three interceptions and a block.

He won seven of his 10 duels and all three in the air as Madrid batted away wave after wave of Barcelona attack over a 25-minute spell. 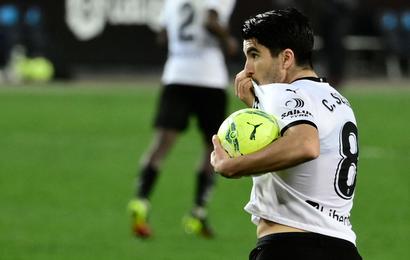 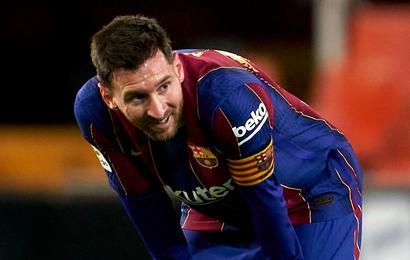 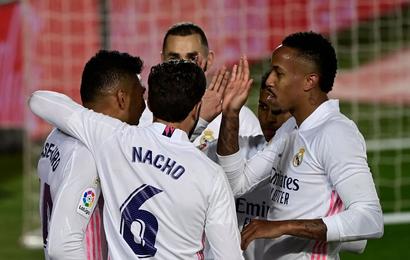 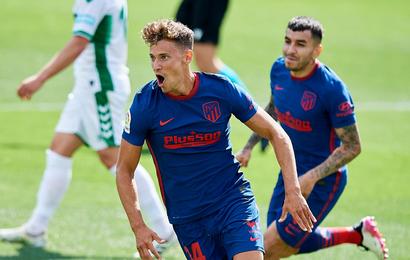 Llorente: I don't believe in luck