Thursday evening will see Wayne Rooney put on the England shirt for the 120th and final time as the Three Lions take on the USA in a friendly encounter. As ever, you will be able to watch all the action on what promises to be an emotional evening via beIN SPORTS CONNECT.

Rooney may have officially retired from the international game in August 2017, however, the DC United striker and leading appearance maker and goal scorer for England have been handed the chance to say goodbye to the fans at Wembley, whilst raising money for his own foundation. It’s a noble gesture from The FA to Rooney and follows the likes of Holland and Germany who have played similar friendlies to salute retiring stars.

Aside from pomp on ceremony, the contest gives Gareth Southgate an opportunity to test out some younger players ahead of the UEFA Nations League clash against Croatia on Monday. Expect the likes of Lewis Dunk, Jadon Sancho & Callum Wilson to play some role in the match.

Callum Wilson, in particular, has been in sensational form for Bournemouth this season and could be handed the chance to be a regular in the squad, especially after Arsenal striker Danny Welbeck has been ruled out long-term with a broken ankle. Wilson has six goals in twelve Premier League appearances and has been one of the key reasons that Bournemouth currently sit sixth in the table. 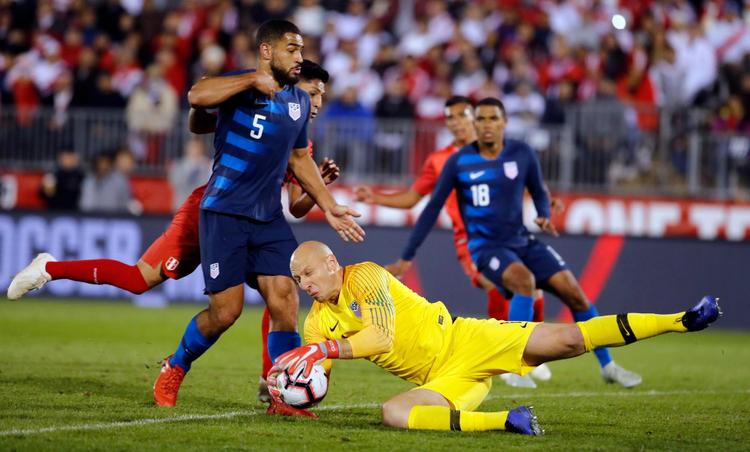 As for the USA, they are without a manager and currently on a dismal run of just one win in their last six international outings. Dave Sarachan is the interim coach for the next two games against England & Italy and could blood some younger talent in their final two games of what has proven to be a difficult 2018 for the national team.

The game at Wembley will also prove to be an interesting prospect for defenders Cameron Carter-Vickers and Antonee Robinson. Both young players are born and raised in the UK and have elected to play for the USA.

Carter-Vickers is no stranger to playing at England’s national stadium has been part of the Tottenham squad for Champions League games. Now the defender who is currently at loan to Swansea in the Championship will be relishing to play at the home of English football. As for Antonee Robinson, the 21-year old is currently playing for Wigan Athletic on loan from Everton. The energetic left-back is a regular starter for the Championship club this season and is set to start on Thursday.

In other team news, Jonathan Klinsmann son of former German International and USA National team coach Jurgen Klinsmann has been called up to the squad as a replacement for Columbus Crew keeper Zack Steffen. The 21-year old goalkeeper currently plies his trade with Bundesliga side Herta Berlin and has one appearance to his name this season.