Yuri Zhirkov became the most expensive Russian football of all-time, when he signed for Chelsea for a fee of £18 million, in July 2009. The left-back scored on his debut in a pre-season friendly against AC Milan. He then struggled with a knee injury and would only make his league debut in late December.

Zhirkov was mainly back-up for Ashley Cole but stepped in when the English player suffered an injury which ruled him out for three months. A heroic performance against Inter Milan in the Champions League and several league matches followed. His only goal arrived in European competition, a volley against Spartak Moscow. He played his part in the club's most successful season with a Premier League title and FA Cup double.

The following campaign, Zhirkov began as number two again and played a bit-part role. In August 2011, Zhirkov moved back to Russia and signed for Anzhi Makhachkala. 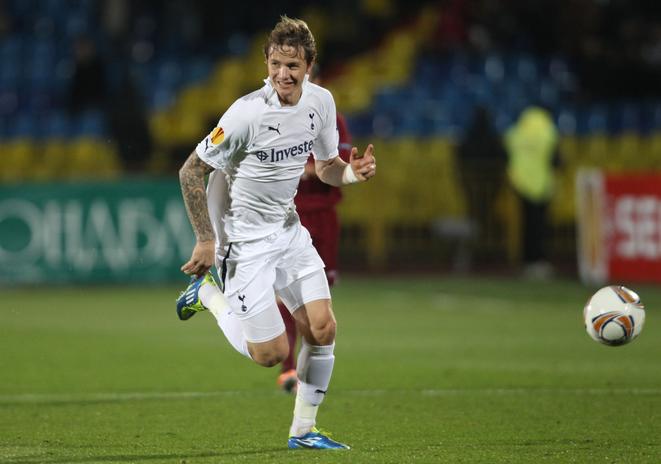 Roman Pavlyuchenko's time at Tottenham was one of conflict and unfulfilled potential. The forward signed for the north London club from Lokomotiv Moscow, for a fee of £13.7 million, in September 2008. Pavlyuchenko scored his first goal for Spurs in their 2-1 win over Newcastle in the League Cup. He courted criticism at the end of the season when he stormed off down the tunnel when substituted against Manchester City. Harry Redknapp was angry, "I don't like that. […] I think that is disrespectful to his team-mates." Pavlyuchenko later apologised.

Pavlyuchenko scored in every English domestic cup competition game he played in, except for the 2009 Football League Cup Final.

A year after signing, Pavlyuchenko was the fourth-choice striker for Tottenham. That was how it ended for the forward. He was overlooked, even despite scoring a winner to send Tottenham to UEFA Champions League play Group Stage.

Pavlyuchenko's time at Tottenham ended two years later – he later admitted that he was surprised the club did not sell him earlier. A sad end to a player who had so much potential in the Premier League.

Alexei Smertin played for four English teams for five years. He was known for his versatility, playing in both defence and midfield. Smertin was signed by Chelsea from Bordeaux for £3.45 million, in 2003. He was loaned out to Portsmouth and enjoyed some strong performances.

When he returned, Chelsea's management had changed. Jose Mourinho was now in charge and Smertin's playing time decreased considerably. He did win a Premier League title medal in 2005, only just making the criteria of featuring in 16 games. He scored his only goal in a Champions League game against Porto that season.

Smertin left Stamford Bridge to join Charlton Athletic in the summer. He moved to Russia before returning to play for Roy Hodgson's, Fulham. Despite a good start, Smertin found playing time-limited, and he would end his playing career at Craven Cottage.

Of all the Russian players to feature in the Premier League, Andrey Arshavin was a player who had an eye for the big occasion. Arshavin joined Arsenal in 2008 and was popular with his manager, Arsene Wenger, who said that the Russian was a key player for the Gunners.

In his half-decade spell in north London, Arshavin's Premier League came to life in 2009. It was an explosive campaign. He became the first Russian to score four goals in Arsenal's four-all draw with Liverpool. He also became the first away player to do that since the second world war. Arshavin also finished second in the club's Player of the Season, despite playing in only the second half of the season.

Arshavin scored a wonder goal against Manchester United in 2009 but the attacking midfielder was now playing in the unfamiliar role of forward, following the departure of Robin Van Persie.

Despite not winning a trophy with Arsenal – Arshavin's first love was his boyhood club, Zenit Saint-Petersburg. He famously sealed a loan move to the club just 40 seconds before the end of the Russian transfer window deadline, in 2012.

He did, however, return to Arsenal briefly but returned to Zenit the following year. He stated that he was "very happy to wear the shirt again." In the end, Arshavin scored 31 goals in a total of 143 appearances. 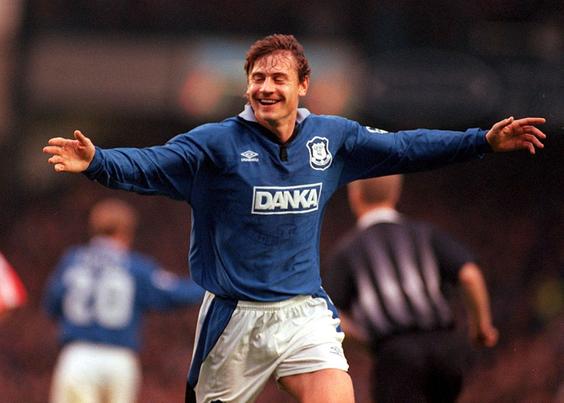 Andrei Kanchelskis is perhaps the most famous Russian to feature in the Premier League. He was the first, and he was an unknown quantity when he arrived at Manchester United in a £650,000 deal in 1991. He was mainly the player to steer United to their first league title in 26 years.

The winger's first trophy arrived with the 1991 European Super Cup, and he was a regular for the United team that season. Despite finishing second to Leeds United, Kanchelskis secured the FA Cup.

The following season, Kanchelskis was part of the side that the won the first Premier League title. Despite losing his place to Lee Sharpe, with Ryan Giggs on the left, Kanchelskis played his part in history. They successfully defended their league title the following season.
Kancheslsis won a total of seven trophies at Manchester United. In four years at Old Trafford, Kanchelskis scored 48 goals in 145 appearances.

Kanchelskis fell out with his manager, Alex Ferguson, and left Old Trafford. David Beckham would go on to replace him on the right side.

Kanchelskis made the short move to Everton where he became a cult hero at Goodison Park. He scored 16 goals in his first season. He then moved to Fiorentina midway through the following season.

He later moved to Scottish side, Rangers, and is the only player in history to score in each of the Glasgow, Merseyside and Manchester derbies.

Next How Will Football Survive the COVID-19 Financial C
Read

Enrique on the defensive ahead of Portugal clash

Santos: 'We have to focus on winning' vs Spain