Captains are integral to the beautiful game. Leaders of men, they inspire their team and push them onto greatness. Here are ten captains who lead their side to glory.

In Spanish, the surname of this Real Madrid defender means Iron; a better description for Fernando Hierro is probably impossible. Hierro represented the Real Madrid with pride and loyalty for almost 15 years, providing a constant on the pitch amongst a team constantly changing through transfers, managerial merry-go-rounds and general instability.

Hierro was a key figure during Madrid's most successful spell since that dominant sides of the 1950s and '60s, winning three Champions League titles and lifting La Liga five times over his career at the Santiago Bernabeu.

His career in the capital did not end well, being forced out in 2003 after a dispute with president Florentino Perez. However, Hierro is firmly positioned as a historic figure with Los Blancos. 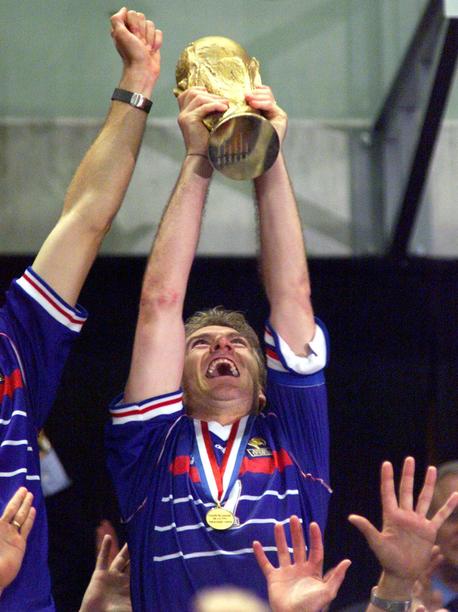 Famously dismissed as the "Water Carrier" by temperamental countryman Eric Cantona, this quietly industrious midfielder was nevertheless a key asset for any team he played for. Currently making his name as a coach, those qualities for organisation and inspiration were already more than present on the pitch as he became a wonderful captain.

Although more famous as France's leader during the 1998 FIFA World Cup and UEFA Euro 2000 triumphs, Deschamps also made history while captaining Marseille. The side lifted the European Cup in 1993 to make the midfielder the youngest ever captain to win the title, and he went on to prove himself far much more than a water-carrier as one of Europe's most effective destroyers in the middle of the pitch.

Oh, and that coaching we mentioned? Yeah, we all know what he has won in that department…

The crazed-running, shaggy-haired Carles Puyol often looks out of place next to his well-groomed colleagues in Barcelona. For the Blaugrana faithful, however, the defender played just as big a role in the club's success as Xavi, Lionel Messi or any other of the Catalan club's superstars.

The one-club man relentlessly battled for a place in the Barca first team, and to this day, some would argue that having the calibre of players in front of him did make his job as captain a simple one; but after six Liga titles and three Champions Leagues, his influence cannot be disputed.

Wherever Johan Cruyff went on a football pitch, victory and glory usually followed closely behind. The Dutch wizard was captain of Ajax in the early 1970s and is credited with dragging the Amsterdam club to the pinnacle of European football with his intelligence and unyielding personality.

It was at Ajax where the “total football” moniker was born, a style that would make Cruyff and the Netherlands famous and feared. The club powered their way to three consecutive European Cups between 1971 and 1973. Cruyff's leadership as captain changed Ajax, and football itself, forever. 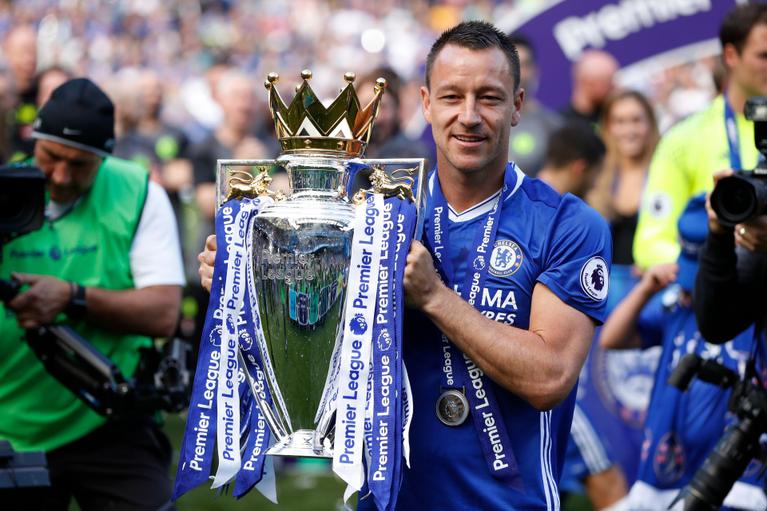 If you were to open the body and mind of John Terry, he would bleed the blue of Chelsea. The blood, sweat and tears (literally!) of Chelsea’s boy at the Bridge were plain to see every single week.

A fearless leader whom many regards as the last traditional English centre-back of passion and guts and determination, Terry led Chelsea as captain for over 12 years through the club’s golden era.

While captaincy of the England national team was far from a success, he will go down as one of football’s greatest ever leaders.

Despite his many lows in his career, “JT” captained Chelsea to 16 major trophies in his illustrious career and left the Bridge after playing over 700 games for his club.

An iconic figure in Arsenal history, Adams was only 21 when appointed the club’s skipper.

In the 14 years that followed the centre-back became the Gunners’ most successful captain having led them to 10 major honours. But it wasn’t just the trophies won that cemented Adams’ legacy: his undying commitment, physical and mental resilience was a key factor in the famous back four of Lee Dixon, Steve Bould and Nigel Winterburn that prided itself on its clean sheets.

A formidable defender, Adams’ aerial prowess and ability to time perfect tackles made him a key asset even during the latter years of his career. No wonder Arsene Wenger called him “a professor of defence.” 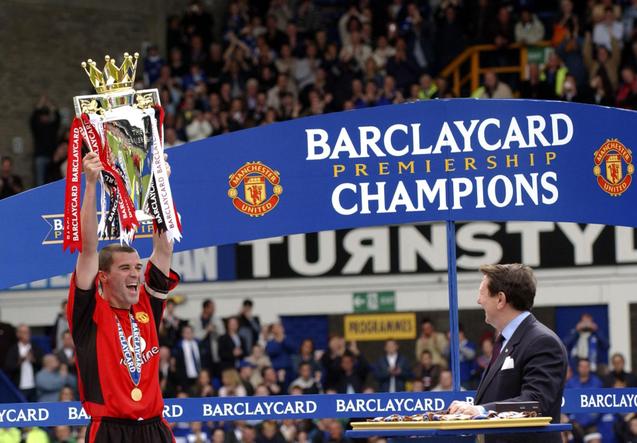 Few captains had the ability to inspire and equally create fear as much as Roy Keane.

Whether it was his hard-tackling style of play, his tendency to demand the best from his teammates, or those legendary tussles with Arsenal’s Patrick Vieira, Keane’s career divides opinion still to this day.

A figurehead of Manchester United’s most successful ever period, Keane assumed the captaincy after Eric Cantona’s retirement in 1997 and led the Red Devils to nine major honours. Never shy of an opinion or two, Keane was quick to speak out if he felt a point needed to be made even if he angered his own manager or club’s supporters.

A talismanic figure, Steven Gerrard rescued Liverpool time and time again with superhuman feats that still astound to this day.

After all this is a man that spearheaded a miraculous comeback in a UEFA Champions League final in 2005, and just for good measure repeated the trick 12 months later in a FA Cup final that is now named after him.

There weren’t just the finals though. Gerrard’s back catalogue of late winners, stunning long-range strikes and last-ditch tackles were a staple feature of his time as Liverpool captain as he desperately tried but ultimately failed in his quest for Premier League glory.

Christened Der Kaiser, Beckenbauer led both club and country with distinction winning almost every major honour with Bayern Munich and West Germany.
One of the greatest footballers of all-time, Beckenbauer came to define the sweeper role as we know it today. But his ability to man-mark effectively was never more evident than in the 1974 World Cup final, as the ‘total football’ of Johan Cruyff and the Netherlands were defeated 2-1.

A calm and cerebral presence, he skippered Bayern to three consecutive Bundesliga titles between 1972-74 and repeated the trick in the European Cup from 1974-76. Add to a European Championship, and the, aforementioned, World Cup success, few captains boast a CV quite like Beckenbauer’s.

A true one-club man, Maldini enjoyed a glittering 25-year career with AC Milan and in 1997 was handed the captain’s armband following the retirements of Franco Baresi and Mauro Tassotti.

Following in the footsteps of such great icons would have daunted many, but Maldini became a club legend in his own right. The left-back oversaw another gloried era for the Rossoneri, lifting eight major honours including two UEFA Champions League triumphs in 2003 and 2007.

Renowned for his vocal, commanding presence on the pitch, ‘Il Capitano’ was crucial in organising what were solid defences at club and international level, with whom he also skippered on 74 occasions.