“For two or three years, Kaka was the best player in the world. There was a point when the team just had no idea how to stop him.” – Andrea Pirlo

Complimentary words from the one world-class playmaker to an attacking talent. His former AC Milan teammate with those remarks. His former boss at the club, Carlo Ancelotti, called Kaka the most intelligent player he has ever coached. In Kaka’s prime, he was simply unstoppable. Fast, creative and dynamic. He has received praise far and wide in an illustrious career.

A severe back injury when Kaka was eighteen nearly ended his career before it had even started. Kaka was already part of the Sao Paulo youth set-up and would make his senior debut in 2001. 12 goals in 27 appearances helped his team win their only league title. Kaka’s quick-fire double in the Cup final made it a brilliant double for his team.

Kaka’s performances were attracting attention from European clubs. His international teammates were full of praise. Rivaldo once told everyone to keep an eye out on Kaka during the 2002 FIFA World Cup and revealed that, “Kaka is an expletive in Spanish, but he’s definitely not.”

Picked for the tournament by Luiz Felipe Scolari, Kaka made one substitute appearance. The successful dominance of the ‘Three R’s’ – Ronaldo, Ronaldinho and Rivaldo – would serve as an education to the young aspiring footballer.

In 2003, Kaka followed many of his friends and international colleagues to Europe. AC Milan paid just €8.5 million, a fee which the club owner Silvio Berlusconi labelled as ‘peanuts’ and would later go on to said that “he had never seen a player so young do the things he does.” He was a revelation at the club - where his first stint lasted six years. Kaka won the Serie A title in his first season and would go to win a total of five cups.

Kaka’s highlight was the 2007 Champions League Final. Two years earlier, AC Milan suffered humiliation against Liverpool in the Turkish capital of Istanbul. It was redemption for Ancelotti’s side and they duly delivered with a 2-1 win.

The year was a glowing success for Kaka. 2007 was a year to savour for the Brazilian footballer at the top of his game. Kaka’s year was recognised at the end of the year when he won his first and only Ballon d’Or title. He beat Cristiano Ronaldo and Lionel Messi to the crown, and is the player to do so since his Luka Modric achieved this rare feat in 2018.

Another two years later, Kaka was on the move. The Brazilian signed for Real Madrid on six-year-deal for €67 million. He scored his first league goal in a 2-0 over Villarreal. Kaka scored nine goals in all competitions as Real Madrid finished runners-up.

Kaka secured his first silverware in Spain the following year; Real Madrid the winners of Copa del Rey. In 2012, Kaka became champion of Italy and Spain. Kaka would return his former side after scoring 29 goals in 120 appearances for Real.

His return to Milan was a success, but it did not yield any trophies. Injuries were becoming standard for the great Kaka. When Milan failed to qualify for European competition, Kaka left the club by mutual consent with a year still left to run in his contract. Kaka moved to the MLS, to play for new franchise Orlando City. His time in Florida also included a brief loan move to his first club, Sao Paulo.

In 2017, Kaka retired, despite substantial interest from his boyhood club in Brazil and AC Milan. Kaka was only 35, but it was time for something new.

Much revered and highly respected, Kaka may not feature as the greatest to play the game, nor will he be compared with the vintage likes of Pele, Diego Maradona or Ronaldo. But as a player, Kaka was unique and talented. He was a proven winner and a footballing genius.

In a competitive world such as football, there are naturally many characters. Of all the characters, Kaka was the finest. He was a true gentleman on and off the field.

Next Ronaldo - The Start of a European Adventure
Read 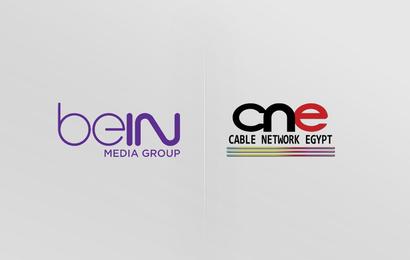