Idrissa Gueye will continue his Premier League career having joined Everton from Aston Villa on a four-year deal.

Gueye, who has been capped by Senegal 32 times, moved to Villa Park from Lille in 2015 and made 38 appearances in all competitions as the club were relegated to the Championship.

The 26-year-old midfielder has signed a contract that will keep him at Goodison Park until 2020, with Villa coach Roberto Di Matteo admitting last Friday his release clause, reported to be set at £7.1 million, had been triggered.

"I am very happy to be here at Everton and I am very happy and excited to put on the blue shirt to start the new season here," Gueye told Everton's official website.

"Everton is a big team with big players and great fans. The manager told me he is very happy to have me here and that we will have time to talk about football after.

"I am a defensive midfield player and I like making passes and also getting forward.

"I have played a season with Aston Villa which was a hard season but I think my style is good for the Premier League. You have to fight every game. All the teams are strong and you have to concentrate all through the game.

"Goodison Park is a very good stadium and the fans are very good, too. They push their team forward and I am excited to play there."

Manager Ronald Koeman added: "Idrissa will provide quality in our squad in the midfield and we want to increase the quality in the team.

"He was one of the players last season with the best record in interceptions and pressing in the midfield. We need this kind of quality and I'm happy to have him joining our club." 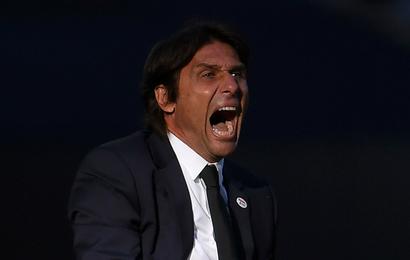 Conte: Inter have no spending money