Jose Mourinho says Brazil icon Ronaldo is the best player he has ever seen.

The Portuguese was assistant coach to Bobby Robson during the striker's stunning 1996-97 season with Barcelona when he scored 47 goals in 49 appearances across all competitions.

Ronaldo went on to enjoy goal-laden spells at Inter and Real Madrid and fired Brazil to a fifth World Cup triumph in 2002 before hanging up his boots in 2011.

Mourinho coached Cristiano Ronaldo for three years at Madrid and has watched Barca forward Lionel Messi throughout his career, with the two players considered to be among the greatest of all time.

But while conceding the pair have sustained their brilliance over longer periods, Mourinho - who has been out of a job since his departure from Manchester United in December - says no-one can touch Ronaldo for pure "talent and skill".

When asked by LiveScore who the best player he had seen was, Mourinho said: "Ronaldo.

"Cristiano Ronaldo and Lionel Messi have had longer careers; they have remained at the top every day for 15 years. However, if we are talking strictly about talent and skill, nobody surpasses Ronaldo.

"When he was at Barcelona with Bobby Robson, I realised that he was the best player I'd ever seen take to the field. Injuries killed a career that could have been even more incredible, but the talent that that 19-year-old boy had was something incredible.

Next Mbappe: I would die for Deschamps
Read 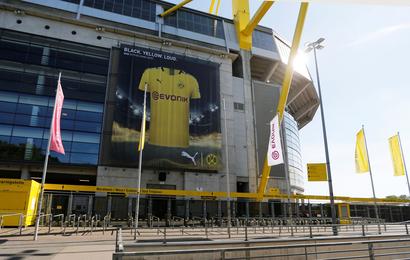