Jordan moved four points clear of Australia at the top of Group B of AFC World Cup qualifying after beating Tajikistan 3-0 on Tuesday.

The Aussies did not have a game and Jordan - who beat them five days ago - took full advantage with a home victory that did not come as easily as the scoreline may suggest.

The hosts had to wait until 65 minutes to find the breakthrough, but eventually clicked into top gear in the closing stages, with Hamza Al-Dardour (two) and Hassan Abdel Fattah - both of whom scored in the win over Australia - doing the damage.

Jordan now have 13 points from five games, with Ange Postecoglou's side four points adrift with a game in hand. In the group's other game, Kyrgyzstan moved to within a point of second place with a 2-0 win over Bangladesh.

In Group C, World Cup 2022 hosts Qatar continued their 100 per cent record by thrashing Maldives 4-0 thanks to a Boualem Khoukhi double - they have now won five straight games in the group.

Oman moved top of Group D after Abdul Aziz Al Muqbali scored twice in a 3-0 win over India. Second-place Iran are a point behind with a game in hand having not had a qualifier on Tuesday.

Syria continued their fine start to the campaign in Group E with a 5-2 thrashing of Afghanistan as Osama Omari scored a hat-trick. They now sit two points clear of Japan, who have a game in hand, at the top.

Thailand won 3-0 at Vietnam to extend their lead on Iraq at the top of Group F, while Kuwait were held to a disappointing 0-0 draw at home to Lebanon in Group G, meaning they failed to draw level on points with South Korea at the top of the pile.

North Korea strengthened their position at the top of Group H, with Jong Il-gwan's early penalty proving decisive in a 1-0 home win over Yemen, who have now lost all five of their qualifiers. 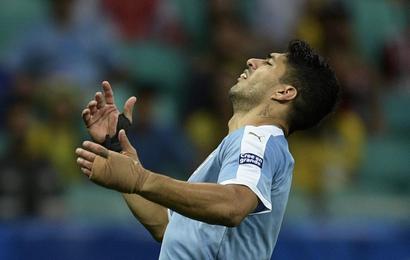