Al Sadd takes on Monterrey, looking to progress to a dream semi-final against Liverpool, although Xavi’s side will face a stern test against the CONCACAF Champions League winners from Mexico.

Rayados are expected to have a vibrant and loud fanbase at the Jassim Bin Hamad Stadium on Saturday evening. The side sealed their place in Doha with a 2-1 aggregate victory over fellow Mexican side Tigres. Argentine striker Nicolás Sánchez scored both goals for his side, who edged out their rivals in a nervy two-legged encounter.

This will be a fourth Club World Cup for Rayados and will be looking to go a step further than their third-place finish in 2012 and make it all the way to the final. One player who has been a part of every campaign has been central defender Jose Basanta, and he told FIFA.com that the players in the squad must savour every moment.

"Some players ask what it's like, and the first thing I tell them is to enjoy it, as it’s not a tournament you get to play in every year. I remind them that it’s not easy to qualify and that they need to savour it. The experience you gain at tournaments like these is awesome."

Rayados are in the final of Liga MX and may switch their side around accordingly when they take on Al Sadd. One player unlikely to feature is former Spurs striker Vincent Janssen who has been struggling with an injured arm. Once derided in the Premier League, the Dutch international has revived his career in Mexico with ten goals in all competitions.

In a squad full of talent, Rogelio Funes Mori stands out. The Argentinian attacker is a prolific goalscorer and has an impressive record with the side in just four seasons. With eleven goals in nineteen Liga MX games this season, the Rayados number seven will be the man to watch out for. 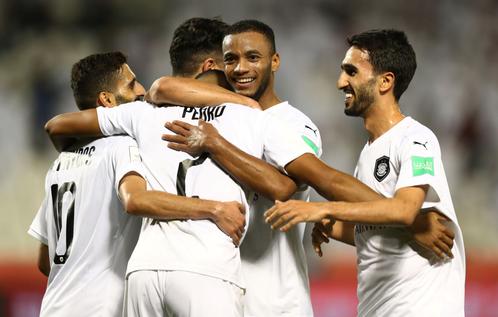 Al Sadd will be looking for a much-improved performance when they face off against their Mexican opponents on Saturday evening. The Wolves needed extra-time goals from Abdulkarim Hassan and Pedro Miguel to eventually get past New Caledonian part-timers Hienghene Sport.

For all their dominance and possession, Al Sadd found it hard to convert their goal-scoring chances that they created, and that has to be a worry for Xavi heading into the contest. Factoring in that the vast majority of his side had been away at the Gulf Cup in Qatar, Xavi has had a relatively short time with a full squad at his disposal.

Hopefully backed by the large and partisan home support, Al Sadd will have to fancy their chances of getting the better of the CONCACAF champions. Abdulkarim Hassan was the standout player for the Wolves again and should start on Saturday.

The wing-back is a threat going forward and popped up with a vital free-kick to break the deadlock against Hienghene. Although it could be defensively where the Qatar international could be the biggest help for Sadd, and combine this with surging pace on the counter could be vital if the Wolves are to come away with the victory.

It should be a fascinating game as Monterrey take on Al Sadd for the chance to play Liverpool in the semi-finals. Follow all of the action from – Monterrey Vs Al Sadd via beIN CONNECT.

Next Monterrey coach thrilled to come up against Xavi a
Read