Stirling Moss was a legend of motorsport. He was an incredibly talented individual who drove in a bygone era. Acknowledged as the greatest Formula One driver to never win a title, Moss finished runner-up four times and third three times. Moss won 16 Grand Prix – no driver has won as many races without taking the title.

Moss was a teammate to the legendary five-time world champion, Juan Manual Fangio, at Mercedes. As he watched the great Argentine win championship after championship, Moss had high chances himself.

Away from Formula One, Moss entered the record books for an entirely different reason. Moss and three others broke four World records as they averaged a speed of 100.31mph for one whole week in a Jaguar XK120 on a track just south of Paris. They covered a distance of just under 17,000 miles. 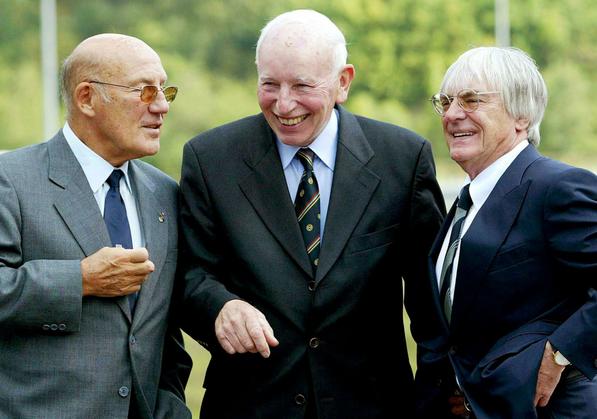 The first time Moss beat Fangio was at the 1955 British Grand Prix at Aintree when he became the first British driver to win a Formula One race. Fangio exclaimed that ‘’Moss was better on the day.’’ The two were close friends and shared healthy mutual respect between one another.

Respected as an honest and caring individual, it was Moss’s sportsmanship that ultimately cost him the title in 1958. Moss’s championship rival, Mike Hawthorne, was disqualified from the Portuguese Grand Prix. Moss defended his friend, and the decision reversed. Hawthorne was spared a six-point penalty and went on to win that season’s championship by just one point.

In 1962, Moss crashed heavily at Goodwood and spent the next month in a coma. He was partially paralysed but fully recovered. It was the end of his Formula One career though, and he duly retired from racing the following year; 212 victories in a total of 529 races.

Fondly remembered at Mercedes. The team paid tribute, saying “the sporting world lost only a true icon and a legend, but a gentleman. The Mercedes Motorsport family have lost a dear friend.’’ A driver who once blew kisses to fans at Monaco while driving along the fast straights, Moss was a popular figure with the public wherever he travelled.

A moment we’ll cherish forever 🙏 Sir Stirling Moss and @LewisHamilton at Monza in 2015, taking to the iconic banking in two Silver Arrows

In an era when driving was dangerous, and the likelihood of fatality was very high, Moss understood and respected the pressure. As he lost many friends, Moss revealed his strong faith in his ability kept him going. His belief one of the reasons why Moss performed so brilliantly on the track. A career in broadcasting followed, but he never gave up the ghost of racing cars.

Despite travelling the Formula One circus in his later years, old age did not hinder Moss until the very end. When he retired from public life, Moss would watch the sport from afar.

Charismatic and charming; competitive but sportsmanlike, Moss was like no other racing driver. When news of his passing was made public, his wife revealed, ‘’He died as he lived, looking wonderful. It was one lap too many. He just closed his eyes.’’

With that closed the end of an era, the passing of a humble and wonderful man and racing driver. A softly spoken individual, who would do anything for anyone: Stirling Moss – one of the all-time greats of motor-racing.