Follow the Live Stream of Wolfsburg Vs Dortmund via beIN CONNECT

Borussia Dortmund kept the heat on Bundesliga leaders Bayern Munich ahead of Der Klassiker with a 2-0 win at 10-man Wolfsburg on Saturday.

A sixth straight league victory for Dortmund was not nearly as impressive as last weekend's crushing of rivals Schalke but again moved Lucien Favre's challengers to within a point of Bayern prior to the late kick-off between the defending champions and Eintracht Frankfurt.

Raphael Guerreiro struck twice in the Revierderby and was on target once more, breaking the deadlock with his eighth Bundesliga goal of the season – his best return in a single league campaign.

With that distraction looming on the horizon, unchanged Dortmund scarcely troubled their hosts here before the 32nd-minute opener came courtesy of Guerreiro's clinical left boot.

Wolfsburg were picked apart by neat work down the right that freed Thorgan Hazard at the byline, with a low centre just evading a tumbling Erling Haaland and instead reaching Guerreiro at the far post for a simple tap-in.

Mats Hummels - reportedly nursing a foot injury - made way for Emre Can at half-time, and Dortmund's reshuffled defence failed to halt Renato Steffen's run onto a smart Wout Weghorst pass, only for his powerful finish to clip the top of the crossbar.

Dortmund soon settled the match as substitute Jadon Sancho raced into the final third and fed Hakimi for a simple second.

A VAR review saw Felix Klaus dismissed for a challenge on Manuel Akanji, bringing an end to any faint hopes of a Wolfsburg comeback.

Goal! Hakimi makes it 2-0 late on! What an assist from Jadon Sancho!

Both sides take a minutes silence for the victims of COVID-19, a classy gesture!

We have all the action covered from the Bundesliga this weekend! You can watch it all via beIN CONNECT Now for Dortmund, Fresh from his man of the match display, Julian Bradt continues in midfield, Jadon Sancho and Emre Can have to settle for a place on the bench. An Unchanged side from the won against Schalke.

🚨 Our Starting XI against Wolfsburg 🚨 pic.twitter.com/Z53zVWarrN

Wolfsburg first up! Keep an eye out for striker Daniel Ginczek, he scored the last-minute winner against Augsburg last time out!

Everyone ready for more football today?

Some Breaking news! La Liga is back! June 8 is the date, have a little look here. 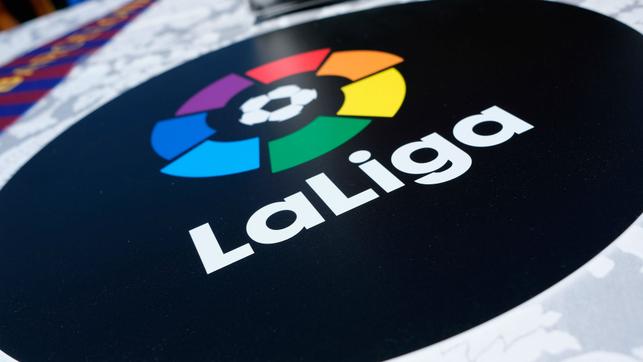 So here we go! Excited for our first game? Dortmund and Bayern play today...

That feeling when you realise there are 5️⃣ more Bundesliga matches today with Borussia Dortmund and Bayern Munich both in action ...🕺

Good afternoon! Time for the second round of Bundesliga action? You bet your life we are! Join me for all the build-up, Live Text, and yes even some bits of video as Borussia Dortmund head to Wolfsburg! Let the football begin!