Borussia Dortmund will be looking to bounce back from a shock defeat prior to the international break when they welcome Bayern Leverkusen to the Signal Iduna Park on Saturday afternoon. As ever, you will be able to watch all of the action with beIN SPORTS.

After being stunned 3-1 by newly promoted Union Berlin, BVB boss Lucian Favre will be expecting a reaction from his side. In many ways, the Swiss coach will be glad that they will come against Bayer who finished fourth in the Bundesliga last season, and an ideal test ahead of Barcelona in the Champions League.

In team news, summer signing Thorgan Hazard is expected to play some part in the game after recovering from a bruised rib which forced him to pull out of international duty with Belgium. Manuel Akanji and Nico Schulz did pick up injuries whilst on with their respective national sides and will face a late fitness test. 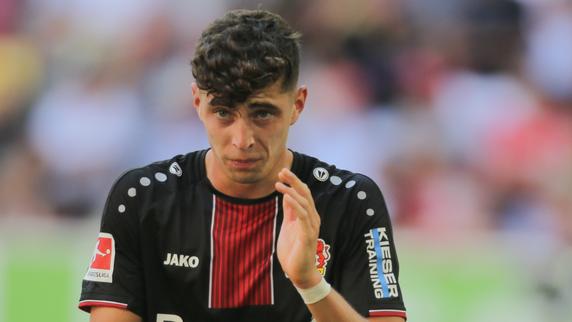 As for Leverkusen, they are currently sitting above Dortmund in fourth place in the standings. Prior to the international break, Peter Boaz’s side had an uninspiring 0-0 draw with Hoffenheim. Although the Dutch coach would have been frustrated at how his side was unable to break down the visitors, considering only 2 of their 20 shots found the target.

Fresh from two substitute appearances for Germany, midfielder Kai Havertz should start on Saturday. The youngster is widely considered to be one of the brightest talents in the Bundesliga and could have a major influence on the game.

Former Dortmund boss Peter Boaz has a fully fit side to choose from, however, he could switch up the side with an eye on Lovamotiv Moscow in the Champions League.

It certainly promises to be a fascinating encounter as Dortmund look to get back to winning ways against a Leverkusen side who will be looking to cause them plenty of problems.  As ever, you will be able to follow all of the action with beIN SPORTS.